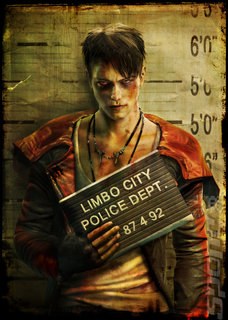 All Images (8) »
UK based Ninja Theory (Enslaved, Heavenly Sword) has teamed up with Capcom it was announced this morning at TGS to bring the next installment of Devil May Cry to console.

Strangely, there's no new working title as yet other than, well, Devil May Cry. There is an official abbreviation though: DmC.

What we do know from the official word is that the game is, "set against a contemporary backdrop".

It will, "retain the series’ signature mix of sword and gunplay but add additional weapons, all new powers and a revitalised gameplay system as players encounter the game’s devilish mix of enemies and navigate the rich, interactive environment."

In terms of Ninja Theory's input, "Creative direction for the title will be undertaken by Ninja Theory’s Tameem Antoniades and overseen by Hedeaki Itsuno, who has worked on all previous titles in the series."