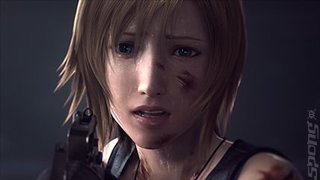 All Images (12) »
The official website for Square Enix's upcoming Parasite Eve sequel for the PSP, The 3rd Birthday, has received an update that shows some of the new characters that will appear in the title.

The main character of the title, Aya Brea, has received an updated profile alongside the introduction of two additional characters.