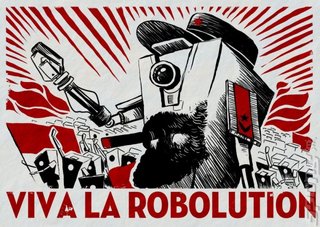 2K Games and Gearbox Software have dated and detailed the next chunk of DLC for Borderlands.

It's called Claptrap's New Robot Revolution. It'll be on Xbox LIVE Marketplace for 800 Microsoft Points, and PlayStation Network for $9.99 (Ł6.30) this September.

The blurb states that "Claptrap's New Robot Revolution invites single-player and co-op fans back to try to suppress a deadly Claptrap revolution using one of four infamous vault hunters."