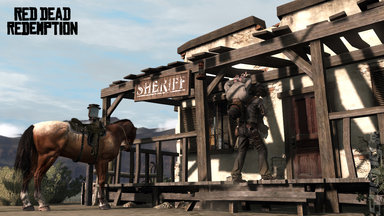 Rockstar is pre-empting more DLC for Red Dead Redemption - this will follow the Outlaws to the End pack due in June.

"We?ve announced the Outlaws to the End (free) Co-Op DLC Pack, which you should expect sometime in June. We?ll have more details on that pack specifically very soon. Look for some screens unveiling one of the other missions in that pack very soon.

"But also know that there will definitely be more DLC packs to follow, later this summer and into the fall. Some exciting things are planned ? we?ll be announcing info including release time frames and pricing on those in the coming months."

So it says over on its newswire.