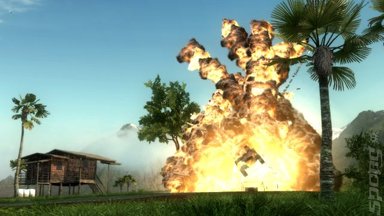 Square, Eidos and Avalanche have announced that the demo for Just Cause 2 will be out on March 4th this very year. on PS3, Xbox 360 and PC.

It's quite big according to this:

"The Just Cause 2 demo will feature a massive 35 square miles of the Lautan Lama Desert, a vast expanse of stunning, sun-scorched scenery taking up just one of the many islands in the 400 square miles of the Panau archipelago. Packed with towns, villages, military installations, mountain ranges, missions and more, the demo will feature an astonishing amount of activities for the player... and opportunities for adrenaline-fuelled chaos are limitless.