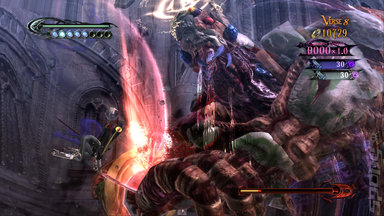 As we've said before, Bayonetta is pure, unadulterated awesome. So it's unfortunate that, somewhere down the line, the PlayStation 3 version had to endure longer loading times than its Xbox 360 cousin. Worry no more however, because SEGA are releasing an update that will aim to fix that particular problem.

The update, currently scheduled for the Japanese version, will offer the option to install the game onto your PS3 hard drive, which will apparently kill a lot of the loading screen frustration many impatient gamers have been facing.

Hey, it's not like an extra second or two counts anyway. I mean, that's more time practicing Bayonetta's moves (and checking her out), right?
Companies: SEGA
Games: Bayonetta