EA Sports Active from Wii to Xbox 360 and PS3 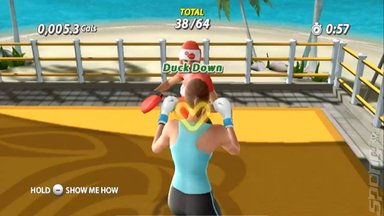 Sean Quinn lives in Canada and works for EA. Apparently he's looking for some new challenges going forward, because he's recently updated his resume. That got picked up by the inestimable Superannuation.

It would appear that Sean is working on EA Sports Active for PS3 and Xbox 360. Not a surprise to see this ported from Wii to the two other consoles.

What might be a little more surprising is that Sean was working on Grand Slam Tennis for PS3 and Xbox 360 but these have been 'postponed indefinitely'.