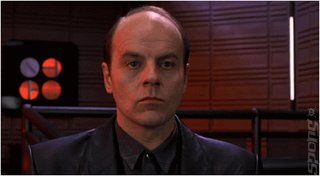 Michael Ironside has, amongst other roles, been the voice of Sam Fisher in Splinter Cell ever since the series began. And he's back in the upcoming Conviction, after reports years ago that he wasn't going to bother. So what happened, and why the change in heart?

?I wasn't interested because structurally the way the character was built was [in a way that made me think] 'I don't want to do this',? Ironside told Collider. ?[Ubisoft] asked what was wrong and I said 'Well, he is too monochromatic. There isn't enough humanity in the character. There is no conflict underneath his decisions.?

With the game eventually delayed several times, and at one point going all the way back to the drawing board for a rewrite, Ironside revealed that he was later convinced after ?they came back to me with a fresh look at the character and a new way of doing things, [including] new artwork.?

We'll finally be seeing Splinter Cell Conviction in April, following another recent delay. Michael Ironside will always be remembered by us as Richter from Total Recall, and we hope there'll be a party at the game's launch that he can attend, with limbs fully intact.
Companies: Ubisoft
People: Michael Ironside
Games: Tom Clancy's Splinter Cell: Conviction