Mega Man 10 Will Be Multiplatform 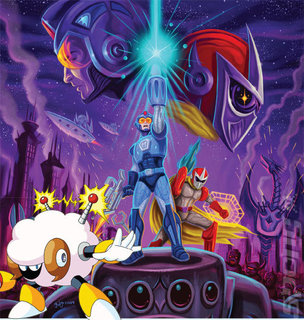 Lovely.
So Mega Man 10 has been announced. Awesome news right? Well it is for Svend SPOnG, so shush. The game looks to be following in the footsteps of Mega Man 9 in many ways - rubbish cover art, silly bosses, rock hard stages - even in the fact that it?s multiplatform.

Yes, despite the announcement of the game occurring in a Nintendo magazine, Japanese tome Famitsu has revealed that the digitally distributed shooter will be heading for PlayStation Network and the Xbox Live Arcade as well as the Nintendo WiiWare service.

So now you have three lovely choices in which to get your Wily smackdown on.