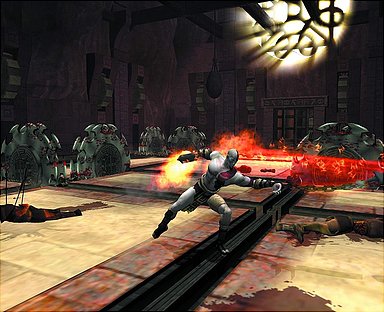 The God of War Collection is due on November 17th. Here's some video of Lead QA Tester on God of War II and a Camera Designer on God of War III, doing "a speed run while giving out as many tips as he can. After playing the game a hundred or so times as a tester, he makes it look easy". That's what Sony says.

After that, a video of someone who snowboards for eight hours a day every day doing some snowboarding and making it look easy.

That said, the Sony guy - Stephen Peterson - does have rather good muscle memory.