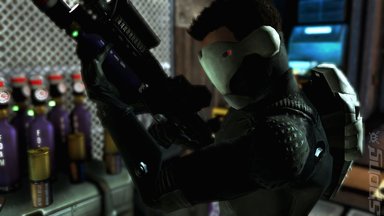 As a downloadable game, it's one thing to reach the Top 10 sales in your respective WiiWare, Xbox Live Arcade or PSN chart. It's another thing entirely to be competing with the likes of disc-based console games in the U.S. sales charts, which is exactly what Epic Games and Chair Entertainment's Shadow Complex has done this week.

According to IGN, the Xbox Live Arcade downloadable title has hit number six in the NPD Group sales chart for August 2009 with over 200,000 purchases. That puts it just below Madden NFL 10, Batman: Arkham Asylum and Wii Sports Resort.

Of course, it is a $15 game in the US - and just as cheap this side of the pond - which explains its accessibility to some degree, but it's pretty impressive that a digital distributed game can reach such heights regardless.
Companies: Chair Epic Games Microsoft
Games: Shadow Complex