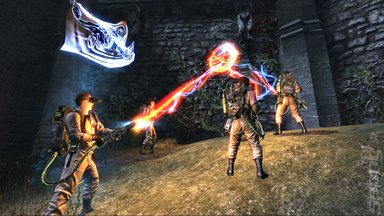 If busting makes you feel good, and you don't have a PS2 or PS3, then you may be waiting a little bit longer for your ghost-hunting fix, as the Xbox 360, DS, Wii and PC version of Ghostbusters will finally hit European stores on the 6th November.

Namco-Bandai Partners is publishing the Xbox 360, Wii, DS and PC versions of the game in Europe after SCEE picked up the rights from Atari, and was slated for a 23rd October release. The push back will mean non-Sony console owners will have waited six months for their version to materialise.
Companies: Namco Bandai Partners
Games: Ghostbusters The Video Game