Conspiracy! Rabbids on the Moon 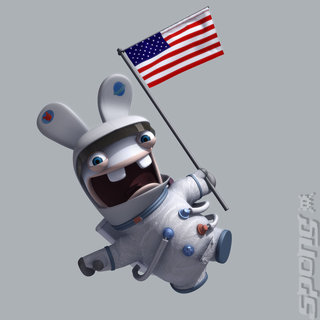 It's the anniversary of some guys jumping about in a studio or maybe going to the moon this week. In order to spread disinformation into the world at large, Ubisoft has released footage supposedly depicting a Rabbid on the moon to 'celebrate' the event.