EA is Boss of the UK Games Charts 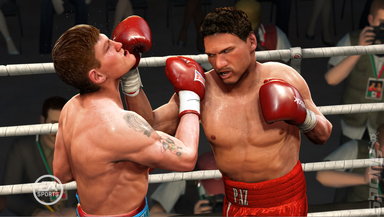 EA is boss of the UK All Formats Games Charts. It rules them. (Roolz them, if you feel that way about it). Fight Night Round 4 is still at the top, beating out the newly-released Tiger Woods 10.

Harry Potter and the Half-Blood Prince doesn't do quite so well, landing at Number 10 in its first week, but it fattens up EA's Chart presence, along with The Sims 3, to give the publisher four out of the top 10 spots.

Also new near the top this week is Ubisoft's Call of Juarez: Bound in Blood at Number 6.