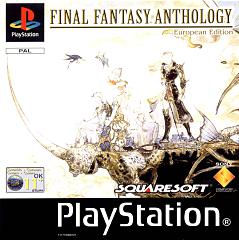 Put this one in your back pocket and drag it out the next time someone tells you that video games are for kids and have no artistic merit. The Baltimore Sun reports:

"On Saturday (27th June) the Baltimore Symphony Orchestra, joined by the Handel Choir of Baltimore, will explore this exotic territory in a program called 'Distant Worlds: Music from Final Fantasy'. That music will be accompanied by high-def video and stills from the game, which was created in Japan by Hironobu Sakaguchi and introduced to the U.S. nearly two decades ago. Several series of the game have been released over the years."

And there's even Cos-Play as "The BSO is encouraging people to come in costume as a favorite character from the video game".

Video games as culturally significant? Or, does the BSO really need to attract a slightly younger audience?