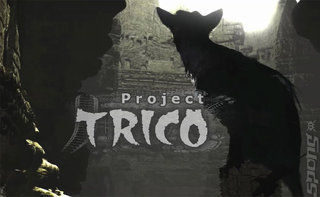 At its E3 09 press conference Sony tugged back the veil a little on Team ICO's upcoming game.

Formerly known as Project Trico, the game has been dubbed The Last Guardian. A video was shown that looked a lot like the earlier leaked footage.

Sony also put out a smidge of official bumpf, which goes like this: "From the award-winning creator of Ico and Shadow of the Colossus comes a new gaming experience ? the graphically-stunning, emotionally involving story of a child who encounters a legendary mythical creature. Trapped in a forbidding fortress, the pair must learn to trust each other in order to find their way to freedom. Prepare to live out a fairytale with The Last Guardian ? a tale like no other."
Companies: Sony
Games: Shadow of the Colossus