Rise Against the Guitar Heroes 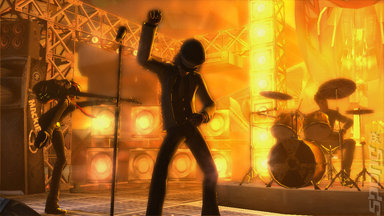 The track, dubbed Death Blossoms, will be available both individually and as part of the Rise Against Track Pack (along with Audience of One and Ready to Fall) on March 12th via Xbox Live and the PSN.The pack will cost 440 Microsoft Points or Ł3.99, while the tracks will be available individually for 160 MS Points, Ł1.59 or 200 Wii Points (yes, you can get them individually on Wii, just not in the packs).

Activision Blizzard also tells us, "Commemorating the release of the highly anticipated Rise Against Track Pack, virtual rockstars will have the unique opportunity to join Tim McIlrath on the digital stage for performances of Rise Against smash hits. For a chance to rock with the Chicago native in the Game with Fame on March 14th from 7:00 to 9:00 PM GMT in Guitar Hero World Tour on the Xbox 360 video game and entertainment system from Microsoft, send a friend request to the gamertag GHRiseAgainst1."
Companies: Activision Blizzard
Games: Guitar Hero World Tour