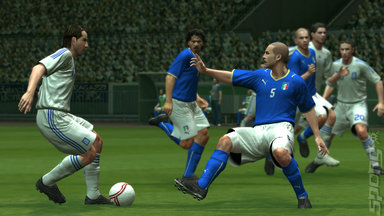 Konami has detailed the next update for Pro Evolution Soccer 2009, due for release at the end of February for the PC, PS3 and Xbox 360.

In a nutshell, it will update the game to match transfers made during January. The skinny from Konami goes as follows: