New details on Will Wright's masterpiece. 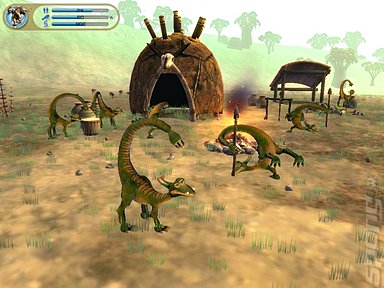 All Images (5) »
SPOnG has been following Will Wright's newest brainchild Spore very closely, and we are due to catch up with Mr Brainbox himself later this week to quiz him about his new masterwork for Electronic Arts.

It seems that there are a lot of people out there who are as excited about Spore as we are, as someone has posted a video on YouTube showing 'unedited footage of Spore that will be going to TV networks covering E3 next week'.

The video of what is shaping up to be one of the most important titles for EA this E3 includes a look at the overhauled creature editor, a first glimpse of the texturing tools, and various other bits and bobs that were not shown in the early prototype at GDC in March. SPOnG will be keeping its beady eye on this one. More details later in the week.
Companies: Electronic Arts
People: Will Wright
Games: SPORE