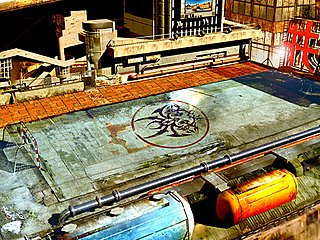 All Images (6) »
SPOnG has just received some details on Soccer Fury, NCSoft Europe’s first major development project, which is being billed as ‘an arcade action game combining street soccer with spectacular fighting techniques’.

Well, there’s a thing. An online multiplayer football fighting game - featuring small teams of 3 versus 3! It’s got to be one of two things – total genius or sheer folly. Indeed, the last time SPOnG got involved in massively multiplayer football fighting was in 1992 with the Maine Line Service Crew in pitched battles against some Gooners, but the less said about that the better.

SPOnG can already imagine the discussions going on at NCSoft Europe regarding possible controvo-PR campaigns - 'Soccer Fury glorifies Football Fighting' etc and so on. Winding up middle England and the Daily Mail by publicising the game as ideal entertainment for all fans of both football and fighting would surely do the essential PR job of securing those valuable column inches.

Soccer Fury has been created in collaboration with Digital Legends Entertainment and is just one of NCsoft's new raft of multiplayer PC games that will be part of an online gaming hub at PlayNC.com featuring amongst others, NCSoft’s bread and butter MMO titles Guild Wars and Auto Assault.

Soccer Fury enables up to six players online to “tap into a devastating arsenal of martial arts, trick moves and team tactics…power your way up the field and tear down the opposition in epic online pitched battles…No rules. No limits. No mercy.” This isn’t football. It’s war.

Soccer Fury is played out in the ‘lawless back streets of the urban jungle’ (looks a bit like Hackney to us) and will also feature elements of character and team customisation and evolution, SPOnG has just been told by an NC Soft Europe representative.

CEO of Digital Legends Entertainment, Xavier Carrillo Costa had the following to say about the game: "We are really excited about our partnership with NCsoft and about pioneering a new segment of videogaming. Soccer Fury will be a key element of PlayNC's online games portfolio; integrating soccer, fighting and character evolution to appeal to a large audience."

Thomas Bidaux, Director of Products for NCsoft Europe, added: "We're delighted to be working so closely with such a strong, focused team. NCsoft is hand picking only the finest games for the launch of PlayNC as a games portal and Soccer Fury more than meets the standards we're setting."

SPOnG would like to remind all of our readers who are also football hooligans or wife-beaters that it is neither big nor clever to knock your spouse about, to drunkenly fight fans of opposition football teams or - with the World Cup in mind - competing nations whose mother tongue is German.

Instead of acting dumb by listening to your inner demons, why not take out some of your pent-up anger and rage on Soccer Fury instead. Just a thought...

For more details on Soccer Fury, whether you are a sociopathic top boy or not, check out the game’s official website right here.
Companies: NCsoft Europe
Games: Soccer Fury