The Parappa, the Rappa, the toe tapper

Bass, how low can you go? Death row what a puppy know? 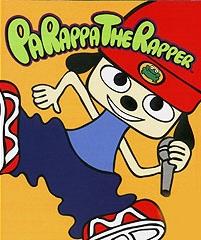 All Images (2) »
Parappa the Rappa on the PlayStation stunned many people with its original, fun gameplay. As a result, it sold more than one million copies worldwide. If you are a fan of original gameplay, or had the opportunity to play one of the original games, you may pleased to know that Parappa is making his way onto the PlayStation 2 in this third instalment of the popular series. The aim of the game is to win the affections of Sunny Funny by proving that you are a proficient rapper. Did you know that Parappa in Japanese means cardboard cut-out and that explains the look of the game.

The way the game works is that you press the buttons on the controller at the right time corresponding with what is happening on screen. You gotta have rhythm and style if you want to get it right. You can do more than what is being asked of you as long as you manage to do it in time with the beat. If you successfully get a couple of ?cool? ratings in a row you will burst into a freestyle mode where you can rap whatever you like.

Parappa is being released in Japan in the summertime and will be available for its European launch later in the year.