Another list to make you glad, mad or sad. 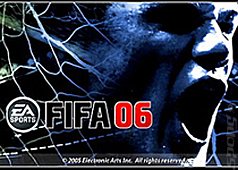 With all this in mind, we are more than happy today to draw your attention to Develop magazine?s list of the the 100 most powerful game studios in the UK, based on UK sales, collated using figures gathered by market research company ChartTrack, together with trade body ELSPA. The chart positions are based on over-the-counter sales covering around 90-95 percent of retail outlets.

Whatever else you may think, cold, hard cash is the bottom line marker of success in our fast-moving hyper-capitalist, post-modern Interweb society. That, and how many cheap Woolies non-brand Easter Eggs you can eat in one hour (Eight - Ed.).

As Next Gen notes, the UK is the third biggest market worldwide for games, with 2005?s annual sales of interactive entertainment software reaching Ł1.35 billion ($2.3 billion) - up 0.7% on 2004?s record figures.

Next Gen also notes that, ?...compared to the larger North American and Japanese markets, the UK remains a good measure of what?s hot and what?s not? it?s a highly diverse market with US-developed games accounting for 54% of sales, Japanese games 19%, and the continuing strength of domestic studios demonstrated with their 24% share. Developers in continental Europe accounted for the remaining three percent.?

Here?s the full list of the top 20 ? with their 2005 positions shown in brackets and with a brief company biog on each, taken from the guys over at Next Gen:

20
EA LA (10)
A drop of 10 places seems too harsh for EA?s LA studio, considering its absolute UK sales figures remained strong in 2005, thanks to the performance of Medal of Honor: European Assault. Yet it?s still fair to say the experience of trying to cluster with Hollywood has yet to bear fruit. All eyes will now be on the three new IPs being created in conjunction with Steven Spielberg.

19
Sonic Team (8)
Despite the speed associated with its eponymous namesake, 2005 saw Sonic Team relatively stationary, with the only movement equivalent to Sonic?s irritated foot tapping idle animation. The sole area of innovation for the company was Nintendo?s DS, with the quirky touchy-feely Project Rub catching the eye. But the studio?s top selling game was Sonic Mega Collection Plus, the acculumation of 15 years worth of back catalogue.

18
Rockstar Leeds (new entry)
Take Sony?s fastest-selling console in the UK and combine it with the biggest-selling franchise in the UK - the result was GTA: Liberty City Stories, which shifted Ł14 million ($24 million) worth of stock in eight weeks. Still it remains a job well done at Rockstar Leeds, which before being bought in 2003 was just another of the UK?s GBA codeshops.

17
Treyarch (14)
With a reputation built on its Spider-Man games, Activision-owned studio Treyarch branched out in 2005 taking over current generation dev duties on Activision?s WWII shooter franchise, Call of Duty 2 in the subtitled shape of the Big Red One, which was its big seller. Upcoming work is currently shrouded in secrecy, but is highly likely to include a return to the webslinger in support of the 2007 movie.

16
Neversoft (22)
The success or failure of Neversoft?s free-roaming cowboy shooter GUN seems to be highly subjective issue but it was the best selling new IP in both the UK and US, so the studio must have done something right. That said however, it didn?t sell as well as owner/publisher Activision had hoped, so Neversoft will have to ensure its franchise-building skills are on top form for the assumed sequel.

15
The Collective (new entry)
If you?re going to only release one game all year, then you?d better make sure it?s a good one. Actually Star Wars Episode III: Revenge of the Sith didn?t review that well but still managed to ride the huge global marketing push to retail success for The Collective, which is now merged with Backbone Entertainment as Foundation 9.

14
Namco (27)
Like many student reports, Namco has often suffered from the exultation ?must try harder?. All five games generating its 2005 revenue were long-in-the-tooth sequels to franchises such as Tekken, Ridge Racer and Soul Calibur. But with a major reorganization in Japan resulting in Namco Bandai Holding, there should be potential for future success.

13
Ubisoft (France) (40)
It was a mighty tall order but Ubisoft?s big hope came in on time and beating its chest with success. Yes, riding the hairy back of the fifth biggest grossing film of 2005, Peter Jackson?s King Kong: The Official Game of the Movie (majority developed at Ubi?s Montpellier studio), did the business with 6,000 units sold per million pounds taken at the box office.

12
Capcom (29)
Demonstrating even games in ongoing series provide an opportunity for reinvention, Capcom?s various Production Studios had a good 2005 with key Western franchises Resident Evil and Devil May Cry in better shape than ever. Resident Evil 4 was clearly the biggest surprise, considering its convoluted development. But with original creator Shinji Mikami finally back onboard, it racked up the plaudits and sales.

11
Rockstar North (2)
Considering back catalogue isn?t supposed to exist for games, 2005 was a good year for Rockstar North, which the exception of the PC and Xbox versions of GTA: San Andreas didn?t ship anything new. But, of course, with a behemoth like GTA, there are always enough revs in the retail channel to keep the occasional million rolling in.

10
Sony London Studios (6)
Sneaking into the gap left by EA and Konami, whose soccer brands didn?t make PSP?s UK launch, Sony?s ever-expanding London studio caused something of an upset with its World Tour Soccer, being one of the handheld?s best-selling games of the year. Updates for its EyeToy and Singstar ranges also sold well.

9
Traveller?s Tales (34)
The great success story of UK development in 2005 was the three million plus global sales of Lego Star Wars. Created in combination by publisher Giant and developer Traveller?s Tales (they?ve since merged), not only did it provide to be a triumph of negotiations, in terms of getting access to the brands in the first place, but the game was excellent as well.

8
EA Redwood Shores (4)
It was a troubled year for EA?s HQ devteams. With big hope The Godfather shuffled back into 2006, it was left to old dependables such as Tiger Woods to ensure a top 10 position, with the 2006 and 2005 models racking up Ł11 million ($19 million) in sales between them. What was more a problem was the failure to to broaden EA?s Bond license, with the retro-styled From Russia With Love performing disappointingly.

7
Polyphony Digital (new entry)
The highest entry for a studio based on a single game, Gran Turismo 4 roared into retail and scooped up Ł21 million ($36 million) in sales, despite dropping its online mode at the last minute. However with such a loving constructed development team behind the wheel, don?t expect Polyphony to feature in the top 10 next year, although bike sim Tourist Trophy and a possible PSP GT would see it safely in the top half.

6
Ubisoft Montreal (5)
As Vancouver is to EA so is Ubisoft?s Montreal operation to the French publisher. It?s the ability to turn out highly profitable franchises on an annual basis, which sees the studio maintaining its top 10 position in the survey. And with another Splinter Cell, as well as games based on animated films Open Season and Surf?s Up due in 2006 and 2007, expect normal service to continue.

5
Nintendo (28)
It?s a measure of the success of DS in the UK (as everywhere else) that Nintendo managed to jump 23 places this year. An amazing 79 percent of its revenue came from DS software, with the port of trusty old Super Mario 64 being the single biggest seller. But in true Pokémon-style, it was the three Nintendogs releases which really gained Nintendo places - over Ł6 million ($10 million) in a mere three months while Mario Kart DS and Wario Ware Touched! also performed well.

4
Maxis (3)
Perhaps it?s too easy to be cynical about Maxis, which continues to accumulate huge sales through the various expansion packs and console conversions of its Sims brands. But shouldn?t its sales should really be added to Redwood Shores now, following the relocation of most staff? Only Will Wright continues in the original Walnut Creek skunkworks.

3
Konami Corporation (new entry)
If the sales of all three of Konami?s Japanese studios were combined (as will happen next year following their reorganization), it would rank as number two on the list. But for 2005, it will just have to enjoy another great year for signature soccer brand Pro Evolution, which while still outsold by EA?s FIFA by around 30 percent, seems to be widely regarded as the superior product.

2
Pandemic Studios (19)
Three success stories place Pandemic as the leading independent developer in terms of UK sales: Star Wars: Battlefront II; Mercenaries and Destroy All Humans! A great mixture of licenses and new IP, its merger with BioWare as part of Elevation Partners? strategic investment in the companies, should give it the opportunity to remain in the top 20 for years to come.

1
EA Canada (1)
Whatever combination of skill, professionalism, commitment, hard work and luck it takes to be number one, the scary thing for the opposition is that EA Canada seems to be getting better. Revenues were up 21 percent compared to 2004, with the current versions of both FIFA and Need For Speed improving their year-on-year sales.

Please tell us why you agree/disagree/don?t give a monkey?s about the aforementioned companies in the forums.
Companies: Electronic Arts
Games: FIFA 06 Need for Speed: Most Wanted