The Charts ? A Hat Trick For FIFA Street 2 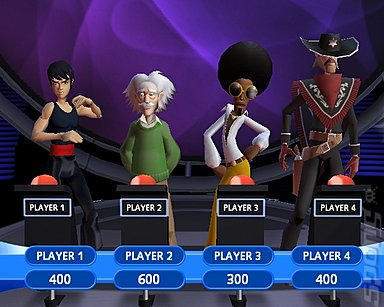 All Images (6) »
It?s been another good week for EA this past week, with urban soccer title FIFA Street 2 scoring its third week at the top of the All Formats Chart as supplied by ChartTrack.

Sony steams in this week with two new releases in the top five. Party game favourite Buzz! The Big Quiz! is straight in at four, making an early entrance in time for the Easter hols. Hot on the heels of Buzz! is popular telly spin-off 24: The Game.

Other news in the top ten - Burnout Revenge crashes back in at nine, no doubt due to the release of the Xbox 360 version. EA staples The Sims 2: Open for Business and the classy FPS BLACK hang in there at numbers six and seven respectively, whereas Codies superb racer TOCA Race Driver 3 drops four places to ten.

There are four other new releases in the top 40 this week, with THQ?s The Outfit in at 13, Eidos? Commandos: Strike Force in at 18, SEGA?s Sonic Riders flying in on an airborne hoverboard at 20, and Capcom?s Onimusha: Dawn of Dreams in at a rather disappointing 26.
Companies: Electronic Arts SCEE
Games: 24: The Game BLACK Buzz! The BIG Quiz FIFA Street 2 Fight Night Round 3 Tom Clancy's Ghost Recon: Advanced Warfighter