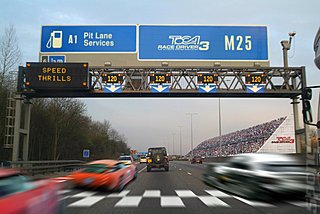 When SPOnG hears about controversial stories concerning video games in the UK?s national press (read: Daily Mail or a sister paper) we immediately think of some heinous crime being linked to games with violent content being irresponsibly sold to minors.

You all know the story by now. Child commits awful crime and it's all down to playing video games. Nothing at all to do with said child being beaten by parents, ignored since birth, having severe learning difficulties or other such ?conditioning? factors as the psychologists call them. Oh no. Blame the games. It's an easy, straightforward line of reasoning (if you are an idiot) and it makes for good copy (to be read by idiots).

Well, this morning, London?s commuters were treated to a new video game controvo-shit-storm. But this time it?s all a bit different. And, thankfully, a lot less dark.

In fact, this time its absolutely bloody hilarious. The Metro (a sister paper of the Daily Mail) ran a story this morning about a game that promotes ?speeding on the motorway?. Indeed, if you check out their website right here then you will notice that they are currently running an online questionnaire asking readers:

?Should the M25 speeding game be banned??

Well, what the hell is this game we wonder? On closer inspection it seems it's none other than our current favourite TOCA Race Driver 3. Hmmm, we don?t remember any M25 racing on our version. Perhaps we missed out on a quirky unlockable track or something?

The Metro tells its readers that, "TOCA Race Driver 3 players can speed at up to 165mph [on the M25], overtaking lorries on the inside lane in V8 supercars around the world's first orbital motorway".

Enraged, the Metro spoke to an RAC road safety consultant, Robin Cummins, for his take on the game, who said: "The M25 is known for the many accidents caused by excessive speed? It is irresponsible for manufacturers to use it in this way. TOCA Race Driver 3 is targeted at a young age group who are generally new or inexperienced drivers. They may find it difficult to differentiate between reality and fiction."

The Metro also spoke to someone at Codemasters who had the following to say: "London's M25 became the perfect illegal race circuit. Speed-hungry drivers would compete late at night to see who could complete a lap closest to an hour. In TOCA Race Driver 3, the 500 professional cars means a lap can be completed in 42 minutes."

What the Codies spokesperson conveniently DIDN'T have to say was that TRD3 contains nothing at all to do with racing around the M25. Oh and also that the picture that Codemasters sent the Metro was also a photoshopped joke.

The paper ran the above story after receiving the picture, which you see right here, which was ?leaked? to them. Codemasters certainly has some PR geniuses busying themselves with Photoshop somewhere. If it's an agency job, then the agency in question should certainly be recommended to other publishers looking to generate controversial and high-value media coverage.

SPOnG also spoke to a Codemasters rep earlier today who would neither deny nor confirm that the story emerged from some Photoshopping wag up at their Warwickshire HQ. He also had the following to say about the matter: ?remember kids: TOCA 3 teaches you how dangerous not handling powerful cars responsibly can be. You're not going to get through Pro Career mode being reckless. Clunk-click!?

Codemasters is now odds-on favourites to win SPOnG?s coveted controvo-PR award for the first quarter of 2006.

Who do we think will be next up for the award? Rockstar is of course odds on favourites with the forthcoming Bully, but there are plenty of other controvo-stirrers waiting in the wings. Let us know your thoughts on how games companies might anger Daily Mail reading reactionaries, whilst at the same time generating some valuable national press coverage, in the forum below.
Companies: Codemasters
Games: TOCA Race Driver 3

Gav 2 Mar 2006 21:45
1/1
Codemasters are geniuses!
But, this is just gonna get the Daily Mail brigade more stressed. Sick of the whole gaming is evil thing.
Still, this did make me laugh, lots. I love it how they went out their way to get a quote from somebody about saftey aspects. So good!
And, anyone seen the "editors comment":
EDITOR'S NOTE, 5.50pm Thursday, March 2: Codemasters apologises for the error in our report. The feature allowing players to drive around a virtual M25 will appear on ToCA Race Driver 4, which is due for release at the end of this year or early next year.