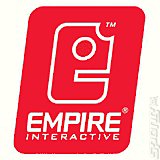 The north London based publisher issued a brief statement to the City, confirming that, ?The Board announces that it is currently in discussion with a number of parties which may or may not lead to an offer being made for the company."

Both VU Games and Red Octane (the latter of Guitar Hero fame of course) have already expressed an interest in buying the budget and full-price publisher. Empire/Xplosiv holds the rights to some valuable licenses and IP, including Starsky and Hutch, Bad Boys, Starship Troopers, Taito Legends, Hello Kitty and Flat Out. And, of couse, the awesome multiplayer mayhem that is Mashed! - one of SPOnG's all time favourite multiplayer experiences on the PS2.

MCV reported this morning that ?...the US rights to the firm's budget operation are known to be attractive, and industry speculation today suggested that bids of around $8 million had been placed?.

Speaking to a source at Empire this morning, SPOnG was told that, ?It?s a shame that one of the last real British publishers has had to give in to the big corporate machine? but that just shows the state of our industry.?

Well, we couldn?t agree more. It would be a great shame if Empire were to disappear up the bum of some huge corporate behemoth, losing its identity, independence and creativity. On the other hand, money talks, bullshit walks. That?s the unfortunate nature of the beast. Let us know your thoughts in the forums below.
Companies: Empire Interactive Red Octane Vivendi Xplosiv Software
People: Ian Higgins
Games: Mashed