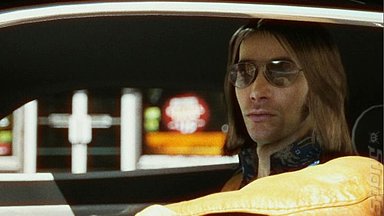 All Images (7) »
Atari has just released the official website for Driver Parallel Lines, which SPOnG is happy to report, looks and sounds the dog's. The first thing you notice when you visit the site is the soundtrack. Then the incredibly realistic characters, which SPOnG initially mistook for real actors. There's also the eye-poppingly good trailers which do a great job showing off the grimy 70s New York setting

From the edgy new wave pop of Blondie, Bowie and Iggy Pop through to the funkadelic vibe of James Brown and Maceo Parker and the laid back Summer Vibes of Roy Ayers, Atari seems to have completely captured the ?78 vibe musically. SPOnG just hopes that they can do the same with the gameplay, after the frankly shocking debacle that was Driver3. See SPOnG?s take on the cash-for-scores PR scandal which surrounded that game's release.

However, the first two Driver games were good enough for us to wish and even pray that Reflections can pull it out of the bag again with Driver Parallel Lines.

The game?s storyline is introduced on the site as follows: ?New York in ?78 was the coolest place on the planet. Everyone was either finding themselves, or getting laid, including me. I was new to the Big Apple, just a country boy looking to make good. But a few weeks, and it felt like home. From New Jersey to Queens, from the Bronx down to Battery this was my patch, my backyard. 28 years later and the city sparkled like new on the surface. Underneath, the filth was still there, and I had vengeance crawling inside me.?

The website also features a fully stocked fansite kit ? with more assets than you can shake a stick at ? including all the information on the new characters in the game, which we?ve handily republished for you here, to whet your appetite:

TK
From out West, but home?s too slow and too dull for him. He?s 18 years old with a sense of humour that gets him into trouble and a grin that gets him out; he knows the world?s his for the taking. Soon as he can get the money together, first place he heads is New York City. It?s the only place he wants to be; the only place he can let his ambition off the leash. It?s the place where he plans to make one hell of a fortune using the one marketable skill he?s got ? driving.

Ray
TK?s hero ? his idol. It was Ray who first taught TK to drive, back home on the farm. It was Ray ? good-looking, good-natured Ray ? who always had the girls after him. Ray?s five years older than TK; he came to New York as soon as he could afford the gas to get there and set up a repair shop in Queens as cover for a car-ringing outfit.

Slink
Smooth and superfly, he lives to party, be the centre of attention, tell all the stories, and make everyone laugh. Slink?s always been good at providing his clients with whatever they want ? hot ladies, good booze, great sounds ? but he?s also developed an ability to find other things too: guns, explosives, and cars.

The Mexican
Big in every sense. He loves life, partying, girls, drink, drugs, guns, bikes, cars, and adrenaline highs. He can?t help but be right in the thick of any action. Tired of the small-time, he sees New York as the place to be to strike it big and take his chance to surf the tidal wave of drugs money.

Bishop
Hard, professional, greedy and cunning ? a loner who has trouble trusting anyone other than himself. After three tours in ?Nam, he?s come home with new attitudes about his mind and body. Bishop is a guy who nurtures a carefully controlled ambition, together with a passion for killing and destruction.

Candy
He?s the best planner in the business. He?s obsessed with details. He?ll work night and day figuring out the stats, the timings, the people, the weights, the distances. He thinks of everything. With Candy you get the best?but you also get the worst ? apart from the body-odour, Candy just never stops moaning.

Corrigan
The leader of the gang; a totally commanding presence who knows he?s destined for great things. Relaxed, upbeat, super-confident and charming ? people just can?t help opening up to Corrigan. He?s got a great smile and you trust him from the word go, but behind the smile is an amoral, ruthless man.

Maria
Works for Candy in 2006, keeps things running smoothly; keeps the money coming in and, as a trained marksman, keeps the street gangs off his back. But there?s more to her beneath the surface. Candy?s is just a stepping stone on her way to exacting a revenge she?s spent her life preparing for.

Well there we go Driver fans, it looks good, it sounds good and the storyline has certainly got SPOnG hoping that Driver Parallel Lines will be a return to form for the series, putting the nails in the coffin of the (hopefully) anomalous blip on the radar that was Driver3.