Rumours that next GTA game to be set in London Town 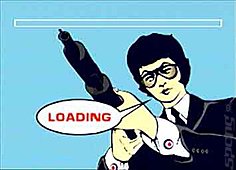 Fans of the Grand Theft Auto series may, like SPOnG, fondly remember the London expansion pack for the original game, back in 1999. SPOnG is happy to report that the internet is awash with rumours today about the next GTA game also being set in London ? based on some kind of fictional East End Gangster storyline.

According to an unnamed source on Joystiq earlier today, who claims to be an ?employee of Rockstar North in Glasgow? and, perhaps tellingly, is incapable of spelling: ?the ?3 Island? system will be replaced by a new ?North, East, South, West? system, and the main character will be an ex-gangster starting off in the ?rough-and-tumble east end of London.? Unlocked regions are to include the North End, South End and West End, in order. The game is supposed to be about 60% finished, with the graphics and physics engines both completed. The focus is now mainly on the game's story component. The game is currently set to launch with the Playstation 3 in North America and Europe in Q4 2006. With about a year's work already done, the PlayStation 3's ?fantastic graphical power? should provide some better horsepower under the hood of the sandbox series.

SPOnG?s mind is awash with the possibilities for such as game ? just, for example, think of the hilarious fun to be had with made up Cockernee Rhyming slang. Or think what a mid-to-late 90?s Britpop soundtrack would be like ? Blur, Pulp, Oasis, The Verve and more. There?s no question that would rock, and help to sell mountains of games. Many of which could well find themselves stored in dodgy dockside warehouses in Limehouse by actual real-life East End gangsters.

We digress, but essentially we have to remain highly cynical of the above source. We have to dismiss the above rumour for two fairly obvious reasons. Firstly, because there are no such areas as the North End and the South End in London, and to refer to the city in this way shows some degree of ignorance of its actual geography. And secondly, because Rockstar North are based in Irvine Welsh?s beloved Leith. Which is in Edinburgh, not Glasgow.

But, even though we don?t believe the rumours, its not to say it?s a great, nay fantastic idea and it would certainly be nice to see Rockstar claim back London from Sony's far inferior crime-drivin' Getaway series.

I am disappointed, you forgot the most important part of the story.

Supposedly the infamous "Hot Coffee Mod" has been removed in this rendition in favor of the newly developed "Hot Tea and Crumpets Mod" which takes full advantage the new ps3 hardware.

No word on exactly what purpose the Crumpets serve at this time as those of us on the other side of the pond have no idea what a "crumpet" is.

About time GTA finds somewhere different for a setting anyway. And I can think of many different eras that would give great soundtracks

LUPOS 29 Dec 2005 21:30
5/20
the sid and nancy punck rock times would probably be the most popular with the kiddies these days... what with green day beign so huge last year and all.

and a lot coooler than freakin oasis... if i was driving a car with oasis on i woudl be more inclined to drive off a bridge than over a pedestrian... pansy nonsense!

No Ammu-Nation: We don't have gun shops on the high-street, and certainly not in supermarkets.

Comedy "Coppa's": So they're gonna bludgeon us to death with their truncheons?

Saying that, here are the potential good things:

Football hooligans: Joining Chelsea's elite, and starting a riot at Highbury could be a laugh.

Kicking out time: Ok, I know we now have 24-hour drinking hours, but it still happens. Get down that kebab shop!

soanso 30 Dec 2005 02:01
7/20
I agree that driving around with oasis playing would be a bit dull.
But think of all the other eras they could use, and the people and things they could send up. They'd need different radio dj's but it's a different style of radio in britain anyway.

You would also save your game and reload it to find you last car sitting on bricks with the wheels nicked, with a soundtrack of trance music in the background :D

charming_fox 30 Dec 2005 10:13
8/20
With Rockstar's apparent ability to sign anyone they feel like as voice talent I worry that I'd stick GTA on PS3 on, get in a car and hear Chris Moyles, then I'd go and remove my genitalia in disgust. Christ, i'd rather them set the next GTA on the moon than suffer an Oasis, Verve and Chris Moyles onslaught. That said though, how awesome would a Mark & Lard presented radio station be? Just for old time's sake.

I know they have The Bully on the way soon, but we need more than that to enjoy their talent. I wonder how long it's gonna take to get something more.

tg0006 2 Jan 2006 13:09
11/20
your right about that, when we lived thair, my dad had sports oriented guns, but he had to have his hand guns separate from them locked up with his ammo locked up in another part of the house. And we had a bolt thing at the top and bottem of the door so that people couldnt kick it in because we had no home defence.

majin dboy 2 Jan 2006 13:46
12/20
i would have to agree with J_C_X. 3 cities one being belfast.would be soooooo cool to drive round in a virtual belfast.although they would have to stay away from any religious bias or the orange order would get drunk and siege Rockstar HQ.
without getting into it...as u all probably know the orange order march a lot.the biggest one is on the 12thJuly.so anyway last during the summer i was training for the rugby season,out on a run and down my street and on my route, i saw(and smelt)2 piles on human s**t(complete with toilet paper) and countless bottles of urine.not to mention the countless bon fires all over belfast.i ask you, would this be aloud in any other devolped country in the world?

p.s i have nothing against bon fires,its just in belfast i hate them becuz it turns into a landfill site rubber tires,old furniture,rubish etc.its disgusting.

TwoADay 2 Jan 2006 14:45
13/20
I would highly doubt any GTA being set in a Western European state. It's not because of the cities, because it would be awesome to drive around Southern France, or London, or on the Autobahn (no carjacking there, if you're running around, you just get run over and over and over. could be fun)

The "problem" is the culture. While it is admirable (to me, at least) that violent street crime is at a lower rate, gun ownership is more difficult, ect ect ect, it makes for a pretty lame setting for a GTA. Part of GTA's charm (which is running close to empty now) was the depiction of American culture taken to the extreme.

If we're talking nations other than the U.S., I would suggest you look south. Mexico and Colombia would be ideal places. If you set it in Medellin during Escobar, you could have a lot of interesting possibilities, with the siccaros, paramilitaries, cops, and common thuggery that was going on.

tg0006 3 Jan 2006 03:12
14/20
To an extreme? Ive lived in america all my life and i actially think rockstar north is takeing it easy on amarican culture. thair are amillion things worse about every city they have based the games on, and if they dug deep enough, it would be an intresting experience to see how they could play that out in london.

i have been in NYC since 98 and i dont rememebr seeing one gun shop in that entires time. not to say that they dotn exist bu tht estreets certainly arent littered with them.

most fire ams are purchsed the old fasioned way.. out of the trunk of a car... as far as i know.

tis sad to think that on soem level people in other countries might play these games and feel like it is some sort of semi acurate representation.
_____

coolest ben ever 5 Jan 2006 21:08
16/20
I dont see wat people see in London...Im from america and i know most of us think london is the worst place for a gta game on the planet.send it back to San Andreas in modern day times and have some sweet real Gang battles like how they go down in the hood. anyone in the mafia wouldnt stand a chance against a real gang this is just the stupidest idea rockstar could have

TwoADay 5 Jan 2006 22:38
17/20
Well, living in the south (Nashville) is a different story. I don't really pay attention to all the storefronts that are around in the little strip-mall areas around me, but off the top of my head I can think of 3 gun shops within 2 or 3 miles of my apartment...and I don't live in "the hood."

Furthermore, sometime soon there is a "gun and knife show" in the area. As my knowledge goes, these are generally "good" places to buy guns, as background checks and whatnot are generally not done, or at least as thoroughly.

As a self proclaimed carpetbagger, I can't wait to get the hell back north of the Mason-Dixon.

charming_fox 6 Jan 2006 10:06
18/20
coolest ben ever wrote:
I dont see wat people see in London...Im from america and i know most of us think london is the worst place for a gta game on the planet.send it back to San Andreas in modern day times and have some sweet real Gang battles like how they go down in the hood. anyone in the mafia wouldnt stand a chance against a real gang this is just the stupidest idea rockstar could have
You're right, i've only been to London a couple of times and although there's a few places that would look cool i think the layout of the place is just not suited to a GTA game. Plus, except for GTA London on PS1 and PC when has there ever been a GTA game modelled on a real city? I think i prefer the fake cities that are based loosely around real ones.

If they did set it in a real place though they should set it in Chesterfield and have the main character run around going "Orate duck! giz us that f**kin' Fiesta yer t**t!".

pop 31 Mar 2010 17:11
20/20
i think london would be a great place for gta to be set i aint played the ps version but all the others are set in america also i live in london and think it would be a great change from the same old area of the world and id love to hear a real english accent in the game also lets not forget this is R* we are talking about they could change london a little to the extream?
Posting of new comments is now locked for this page.