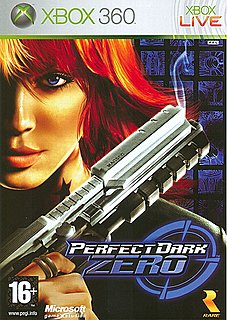 Microsoft?s European team has today released the full list of day one launch software that will be available across the continent when the 360 launches on the 2nd of December this year.

The list of games and accessories in full reads:

Early adopters will no doubt join Microsoft in a bubble of relief to see that the three key first-party titles, Kameo, Perfect Dark and Gotham have all made day one launch.

We?ll bring you full coverage of Xbox 360 launch from three continents in the coming weeks. Set your browsers to stun and let us know if you have specific queries in the forum below.

no hdmi on launch, from MS or monster. They havent said that there won' or can't be but there won;t be right away. i would expect the monster people to put one out first.

kind of suprising that the HD system doesnt have the top of the line HD hook up as an option.

personaly i dont care for hdmi since my tv is only sporting component in-puts.
reallly should upgrade soon.
_______

why upgrade? the only reason is if your tv cant support HD. I doubt you will tell the difference between component video and DVI. As for HDMI, its just the same as DVI but with audio.

As for the Launch titles, i think that its quite impressive. not too orginal but what is these days

uh, cause i have a 32" crt hdtv.
i coudl go for a bigger one. also the particualr model i have doesnt exactly fit the standard tv "Safe zone" so like even post patch my halo2 is still cut of a tiny bit on the side... can't see amo count on one side when playign split screen.

its very nice for most things but a bit anoying at times.
im no sucker for hdmi, i just want a bigger tv mostly :)

Greg2k 15 Nov 2005 11:32
5/7
I'll get an HDTV eventually, but once a standard for HDTV broadcasting in Europe has been set, and once the price of true HDTV screens reaches the 1,750? mark. Screen size doesn't make a huge difference to me, so long as the resolution is spot on. It needs a decent built-in tuner though.

LUPOS 15 Nov 2005 15:14
6/7
i do have a bit of a conundrum as i would like my next tv to be able to run 1080p. they are already comming out with sets that can do it but i dont know if they are as fully featured as some of their 1080i brethren. plus i have to look into cost... want to make sure to be as future proof as possible since the ps3 is supposedly goign to support 1080p. although the question remains if any of the games will actualy run that high or if it'll be more a case of how the current xbox supports 1080i even though only like 4 games utilize it.
oh decisions decisions.

gitarplucker 17 Nov 2005 20:43
7/7
I find it down-right offensive that the XBox-360 will not have digital video outputs. Being touted as the High-Definition standard in next-gen consoles, with it's repeated claim that "every game will be hi-def." Finding that PS3 will have not one, but two hdmi outputs, 1080p output, along with a collage of other multi-media options greatly depletes my enthusiasm for the 360.

Now, it's true that the difference between analog and digital signals may be negligable, or even undetectable to some. And Sony's 1080p output is most likely an upscaled 720p or 1080i signal. Still, the connections High-Def pack for the 360 is the exact same as for my five year old X-box. It all goes through a breakout cable, which is subject to quality standards; meaning, if it were direct component and optical, you would have a choice of having the best cables to carry the signal. Instead, you're stuck with whatever the capablity of that breakout box may be. One saving grace is, as I mentioned, the PS3 1080p will most likely be an upscaled version of whatever the game being played is encoded in. (Though, with Blu-ray, 1080p is now possible on a optical disc, I still suspect it will be some time before a true 1080p game will be released.) So, the quality of the scaler now comes into question. If you're getting a 1080i signal from a 360 and feeding it into a 1080p set, it's going to have an upscaler in it anyways. The quality of it may well be better than that of the scaler in the PS3. Thusly, a signal upscaled to 1080p from a PS3 will be no different than an upscaled image from a 360, save for the fact that it's transmitted digitally via hdmi.

Sooo, for the short term, the 360 is adequate. But it certainly hasn't set itself up to be the next standard in high-def media, whereas the PS3 could be just that. (Did I mention it could be the first truly high-def DVD-player?)