It must be someone?s birthday? 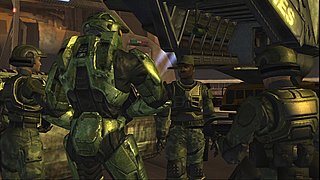 All Images (3) »
To mark one year of Halo 2 being on sale, Bungie has broken its silence on the 360 remakes both Halo games are undergoing:

A year after Halo 2 arrived in stores, and almost four years since the original Halo, it seems only logical that we should make them prettier, right? Although that prettiness has a relatively high entry point ? the arrival of a new generation of hardware in the shape of the Xbox 360.

A while back, Microsoft announced that the 360 would have some level of backward compatibility. A handy feature for folks with big Xbox collections moving into the future. We worked closely with that team to ensure that Halo and Halo 2 both performed according to plan. That meant a lot of work for our test team.

To clarify, the "new" version of Halo or Halo 2 is simply the disk you have already. Pop it into your 360 and it'll load up just like before. You will have to log into Xbox Live to enable Halo 2's online functions, but both games will work immediately.

But here's another bonus ? the hardware in the 360 can do a lot of nifty stuff, and specifically in the cases of Halo and Halo 2, it can display the graphics in wide screen, at 720p, with full scene anti-aliasing. And it doesn't look kludgy, artifacty or smeary like an upscanning DVD player. The best way to describe it is that both games look like they're running on a PC at those resolutions.

We'll have some more information about these resolutions on Friday.

Now, to reiterate, we didn't redo any of the old textures or geometry ? this is simply the game you already own, running at a higher resolution. The results are not miraculous, but for owners of HDTVs (or VGA monitors with the appropriate cable) they are sweet.

Do they work on Live? Like we already explained, they work exactly as they did before ? that means System Link and split-screen for Halo, but ? of course - no Live play (just like before!) ? and for Halo 2 ? System Link, Xbox Live and split screen as before. And yes, your existing Gamertag and Live Account will work just fine. I should note that split screen in 720p has obvious benefits.

Now our screenshots are pretty legit, but it's likely they'll vary from what you'll see here, thanks to the multitude of display technologies that make up the ball of wax called HDTV. We also had to jump through hoops to get these shots, since the way they're handled by the video buffer means our conventional method no workie. But luckily it took me three hours, 400 lines of DOS prompts and a thousand phone calls to discover that.

In the end, we took video at 720p and captured stills from that. So it's far from perfect ? Final Cut Pro was the software we used, and while it's very good, these shots are not identical to their on-screen counterparts. In fact, they look significantly better on an HD set (or a VGA monitor with the appropriate cable). But we thought you'd still like to see ?em anyway.

well considering that bleem on a dreamcast made ps1 games look better than a ps2 i suppose its more a question of what sort of added quality we will be gettign from this... and since peopel are and will still be playign halo for some time its kinda of a big deal... the addition of online play to console games has extended the life of some games beyond what they woudl normaly have so backwards compatibility is probably actually more relevant this generation than any previous. imagine at the end of the next generation when people are playing MMO's and the next generation comes out... they will care even more.

I thought the PS2 did nothing to the old PS1 games?? The PS2 contains the original PS1's CPU, so just runs all the code on the chip... so you get an exact copy of the original game or are you talking about the new slim line? Does that do something differently?

Joji 10 Nov 2005 14:32
6/9
Yes, that's very nice news. Sometimes I feel Halo series is a bit of a one trick pony that MS have. Bungie are now stuck in the rut of said series when their output used to make games like Myth series. After Halo 3 they should give the series a break.

In truth MS need more variety in their games otherwise in that respect they will never be able to match Sony or Nintendo. We all know if everyone bailed to PS3, MS software would be very limited so I'd like to see MS build and not rely on just Halo series (cause that's how it feels).

I'm looking to get a 360, but while Halo series is good and sweet to play online I need to know that there's more than that coming from MS, themselves. I need to know that all the online competition aren't gonna camp in Halo series fort (as it happened with Xbox), pitching their captured flag, while other online 360 games loose out because of Halo's popularity.

Though it's nothing to do with Bungie, something needs to be done to encourage play in other online games too. I just hope MS deal on this front.

I guess so long as 360 games have offline play, that's the saving grace that stop them ending up like many online PC games (a often told tale of here today, gone tomorrow, when servers don't get enough service).

Good luck to Bungie, I just pray for the day they make something else but Halo again. Will that day come soon I wonder?

tyrion 10 Nov 2005 16:41
7/9
king skins wrote:
I thought the PS2 did nothing to the old PS1 games?? The PS2 contains the original PS1's CPU, so just runs all the code on the chip... so you get an exact copy of the original game or are you talking about the new slim line? Does that do something differently?
You could turn on texture smoothing and fast CD access.

The texture smoothing, AFAICR, upped the res and got rid of texture nastiness. This was due to the fact that although the PS2 had an embedded PS1 CPU, it still used the PS2 GPU to render the graphics.

Unfortunately, I can't find any piccies to substantiate my claims.

[Edit2] Looking at those pics again, it doesn't seem like the resolution is upped at all, just appears to due to better anti-aliasing. 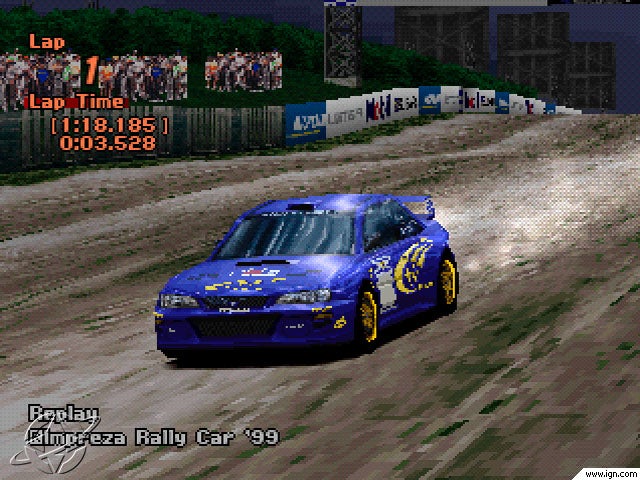 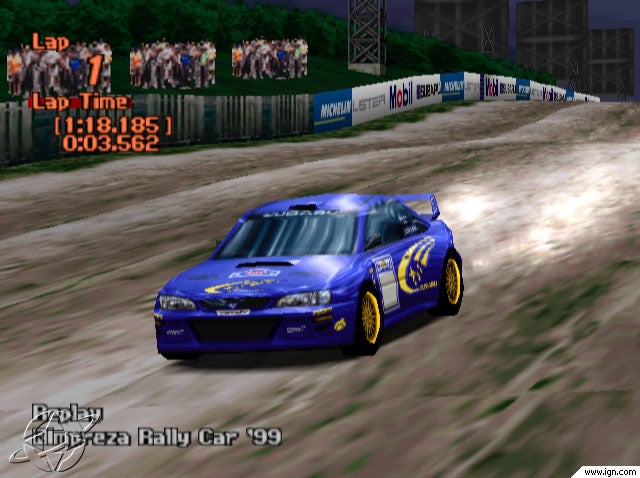 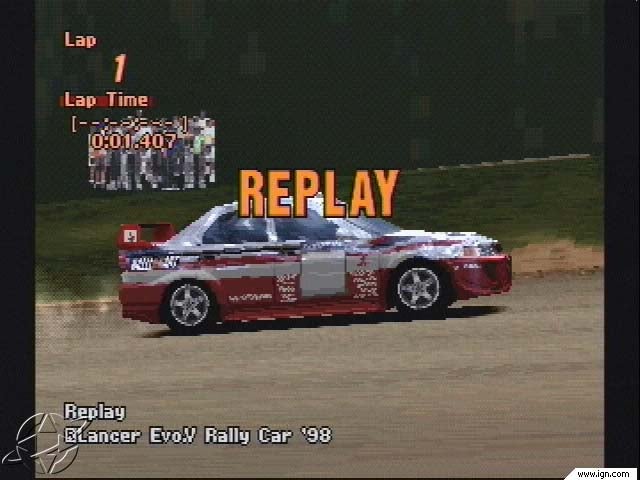 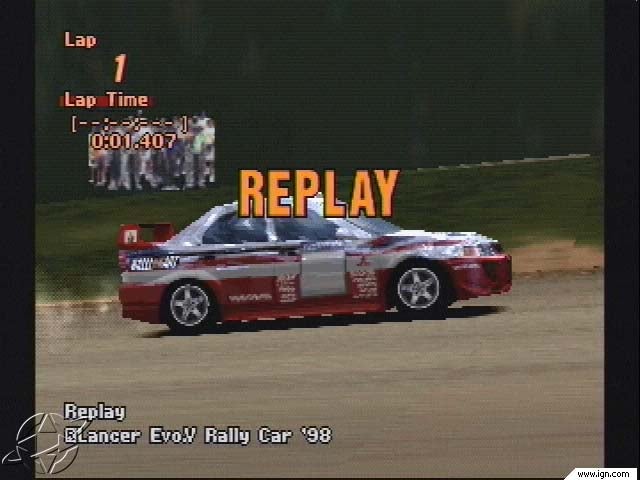 this is the sort of thing that makes me beligerant when i think about the ps2... the initial lack of anti-aliasing is a bitch!

______
Posting of new comments is now locked for this page.