Halo Script Leaked: A Game Movie Worth a Non-Masochist?s Time? 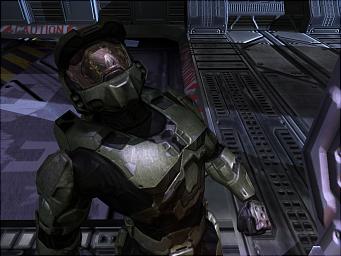 Microsoft may have just let slip yet another gem of a secret. Supposedly, and we are in no position to confirm or deny such claims, Internet script review extraordinaire Latino Review has recently come into possession of the 10 million dollar script of the forthcoming Halo movie.

The reviewer seems more than enthused about the quality of said script and even implies that it may again drive him back into gaming, a hobby he had all but given up. This is certainly high praise as we can be sure that the likes of Street Fighter and House of the Dead can most likely be blamed for several estranged gamers over the years. He goes on to describe, in fairly rich detail, the first few scenes of the movie that very nearly mirror those of the original game, with a few cinematic liberties taken along the way. While the whole of the story and its ending are not revealed he does state that "Hardcore fans of the series won?t be disappointed because the ending is from the game. I won?t say which one though", leading to speculation that the movie may either fall short of the original games scope or extend into Halo 2?s more convoluted plot.

Having read the review, supposedly penned by a man who has never suckled at the teat of either of Bungie?s world renowned cash cows, we can?t help but be a teensy bit excited. Say what you will about the game, but if the fellows over in Redmond have one talent its delivering a surprisingly action movie-esque experience. This ?review? only helps to strengthen our belief that Halo, combined with the considerable heft of Peter J. and WETA, could actually end up being the straw to break the Uwe Boll's back.

For those questioning the validity of the review, the enthusiastic way the author describes some scenes, which to the more seasoned gamer aren?t exactly highlights, does lend a sense of honesty to the whole thing. As always Microsoft opted not to comment, so this whole thing still lies strictly in rumour land, but even if it is just a high quality fan-fic it has gotten Halo back into the headlines and the minds of the ?soon to purchase a 360? masses.

Do you think it's legit, is it more MS marketing conspiracy or does it even matter? You know how to let us know what you think. But driving to Yorkshire to egg our offices must be getting rather expensive, what with petrol prices as they are. Perhaps you could instead use the forum conveniently located below.
Companies: Bungie
Games: Halo 2

Alex Garland has written one piss poor movie, and one good but incredibly derivative one. Anyone giving him 10Meg to paraphrase a video game needs their head exploded.

LUPOS 8 Nov 2005 19:35
2/4
actually the 10 mil comes from the total value of the script... i.e. how much they paid him to write it, how much they sold the right to it for and what they are paying peter jackson so far.... i think... kind of a convoluded way of judging something, i think the writer actually recieved 1mil, not 10.

Let?s see, they paid Alex Garland $1 million bucks to write it, they sold it to Universal and Fox for $5 million bucks plus 10 percent of the gross. And they gave a seven-figure deal to both Peter Jackson and Fran Walsh to exec produce the movie. A $10 million dollar script ? at least. Wow

as for his credits i didnt liek the beach but i didnt think it was poorly writen, and i quite liked 28 days later, so my hopes are fairly high, although after the whole halo 2 story fiasco i am a good bit more caucious when it comes to bungie.
____

OptimusP 8 Nov 2005 20:27
3/4
According to some respected moviesite (i lost the link due to my history being deleted by a PC-crash, goddamn windows) that Ridley Scott was contacted to direct the movie. Hooray, if someone can bring tense action its this guy but...

Scott had a look at the screenplay, called it a piece of s**t and took off... not good advertising now is it. So i'm a bit skeptical about this whole Halo-movie thing, and a movie makes you pick up gaming again? Eeeumh... sure... word of advice, pick up Goldeneye first, still beats the crap out of Halo (2) when it comes to pure finesse, detail and plain old fun.

fluffstardx 9 Nov 2005 20:42
4/4
Scripts get re-written extensively throughout these "treatments". You have to remember that Bungee had to approve it. Hell, from what they've said they may have written it!

Ridley Scott is a good director, but he'd walk from Halo for one good reason: he already made Alien.