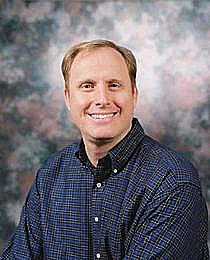 John Smedley
All Images (7) »
We’re sure you'll know that ‘farming’ is the practice in China and other eastern countries of employing barns full of wage slaves to collect gold and skills in MMORPGs, with the intention of selling the virtual riches to more affluent people. We distinctly remember the day we found out that this sort of thing happens – very much one of those 'stop-the-world-I-want-to-get-off moments'. Moral objections aside, we were mostly baffled that anyone would consider playing as a levelled-up EverQuest character such an edifying prospect that they would happily pay through the nose to experience it. Stories of high-flyers who simply haven’t the time to play MMOs a lot, but will part with sums of money to take part as a maxed-out tourist have a curious ring to them. We’d always assumed those decadent, thrill-seeking rich types spent their weekends base jumping or experimenting with intravenous drugs.

Sony Online Entertainment’s reaction was initially one of frustration – somebody was repackaging the cream of its favourite cash cow, and getting rich selling it. But eventually the EverQuest developer saw a way to get a slice of this market for itself, and launched Station Exchange, a sort of Ebay for virtual swords and pretend magic amulets. Now SOE is to go one step further, with the news that the company is to launch an entirely subscription-free MMORPG. The revenue will come from skills and items that the players buy with real money!

So it’s finally happened. A videogame where your social standing can influence the outcome. At the Austin Game Conference last week, SOE chief John Smedley announced the plans, and expectations are that profit from selling items will more than make up for what is lost in subscriptions. So, far from being a cheaper online game to play, they actually hope it will be more expensive, despite having 'free subscription'. Good news for wealthy people, but probably bad news for your average gamer.
Companies: SOE
People: John Smedley
Games: EverQuest II