Konami Putting DDR in US Gyms 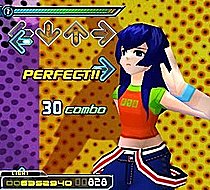 Here at SPOnG, we?re all total fitness freaks. At our office, we drop everything four times a day to partake in an intense aerobic session, cartwheel everywhere rather than walk, and use special super fitness gadgets when playing Gran Turismo.

Down the arcades, when we?re not playing Street Fighter III with weights strapped to our wrists, and still winning, we like to indulge in a little Dance Dance Revolution ? using two machines each at once, obviously. If you?re a little bit pasty and couch-bound, don?t feel bad, it?s not a competition (though if it was, we would win). It?s just our way of letting off steam.

That?s why we?re especially pumped (and boy do we look good when we?re pumped) about the news that Konami are teaming up with 24 Hour Fitness, the gym company, over in the US. In a mutually beneficial deal, Konami are putting Dance Dance Revolution machines in the gyms, while including 30 day passes to the chain of exercise clubs in copies of DDR.

While our hectic schedules of extreme rock-climbing and iron man triathlons don?t leave us much time to get down the gym, we would welcome a similar program in the UK to benefit other, punier humans. For us, gyms - as well as for exercise - are used as a place to try and impress girls, and what?s more impressive to the opposite sex than graceful controlled foot-stomping to DDR?
Companies: Konami
Games: Dance Dance Revolution Max

Joji 12 Oct 2005 19:11
1/5
Good move, Konami. For anyone who's been on these forums for a while you'll know I'm a DDR fan and I've always liked the idea of DDR machines in a gym. After being a gym member for a few years I came to the conclusion that gyms and working out are very boring, basicly due to lack of challenge, motivation and more importantly lack of fun. This can lead to many quiting gyms altogether like I did.

I really hope gyms in the u.k catch on to DDR too and maybe I'll renew my membership. (Next possible idea is to get them into schools and we might be able to kiss childhood obesity goodbye in a few years.) Alternatively I can do the same at home for free on my PSone/PS2. I have my eye on a new Ł90 hard dance mat from Argos.

Should be interesting to see if stateside gym membership goes up because of DDR. Who knows, a trip to the gym might result in PS2s being sold with DDR more.

LUPOS 12 Oct 2005 21:48
2/5
if memory servs, and ocasionaly it doesnt, i seem to recal seeing a photo of the good doctor dee thrashing up the half pipe in his back yard on these very forums... and while he may gleem more cubes than i coudl ever hope to i dont recal thinking to myself... damn, theres is a guy who cartwheels everywhere he goes... is this the end of spongs world renowned journalistic integrity? or are we just being clever cause you guys only have like 3 "spong" specific employees?

ok... so either i'm a full on mongy... an unfortunate possibility... or the forum search thing doesn't work... i dunno if its my browser or if norton is fudging with things... but no matter what the criteria are that i enter... no matches found is the result. I'm relatively sure i have used it from thi very PC in the past.

And feast your eyes and split your sides at this piece of history..taken from that altogether gayer time, the 1980s. possibly the 1880s. At a place called the Cow Bowl. Because we once had to drag the rotting corpse of a dead cow out of it before we could skate. 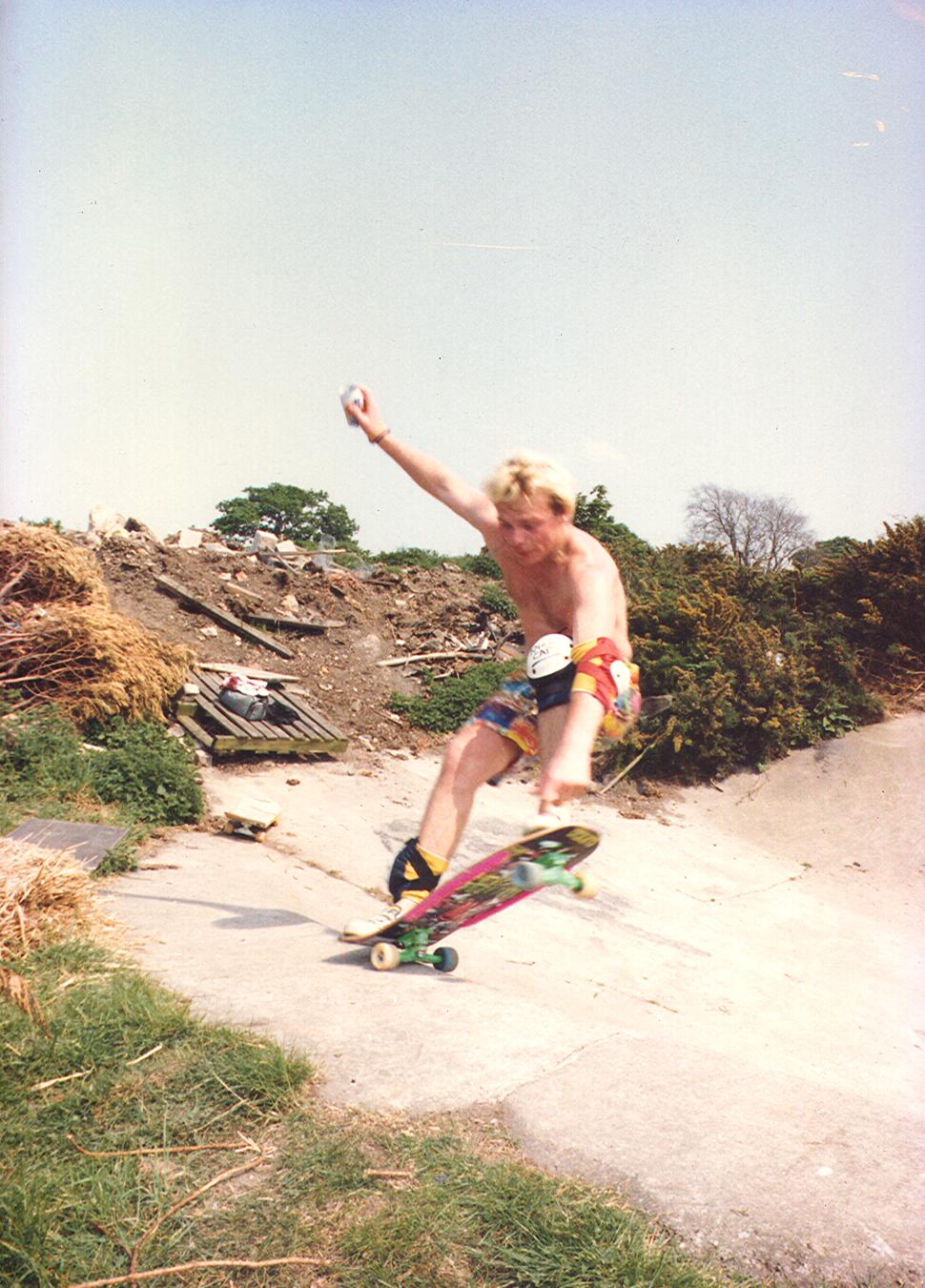 Just look at the colours. Pink slide rails, green trucks, yellow pads, psychedlic sick coloured shorts (they were great, but they fell apart in a matter of days). Ah, skating makes me nostalgic.

And me pulling a lip-slide nose-grab, while drinking a can of Fanta.* You just can't pull tricks that lame in ANY version of THPS.

I do cartwheel most places. And I go to the gym bofore work three times a week. No DDR there though, just overweight middle-aged men running like hamsters on a wheel.

If they did introduce DDR to the gym, they'd have to do it on one of those private class rooms where everyone is performing the sam e ridiculous act together, whther it be spinning, yoga or "step". In the main gym it would lead to derision, and perhaps a beating in the car park later.

* I no longer drink products of the Coca-Cola company for these reasons.

You're pulling so many XXXtreme Gs that your kneepad slipped down your leg!

Respec'
Posting of new comments is now locked for this page.