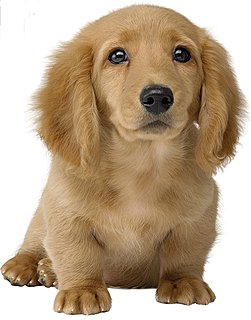 Nintendogs has shifted an incredible 160,000 units across Europe since launching last Friday, and according to NOE marketing chief Jim Merrick, the dog-owning sim is fulfilling its potential as a killer application for the DS, boosting sales of the console by something between 400% and 700%.

We?ve certainly had to wait for it. In Europe, we have watched with envy as the new Nintendo franchise was embraced first in Japan, then in the US, where it quickly became the best-selling new game on any handheld console ever.

The importance of this for the DS cannot be overstated; this is the first step towards it being accepted as the successor to the GBA in the minds of the public at large. Now, just as long as The Sun editrix Rebekah Wade doesn?t start shrieking that the WiFi device is as good for paedophile grooming as dog grooming, the ingenious console?s future is secure.
Companies: Nintendo
People: Jim Merrick
Games: Nintendogs

Coxy 12 Oct 2005 12:42
1/13
Nintendogs certainly does look like a good game - im thinking of buying a DS just so i could play it, would be good if Nintendo released a cat version, then again nintencats doesn't sound as good.

config 12 Oct 2005 15:25
2/13
It is, indeed, very good. I borrowed the office DS to show the game to the family. My three year old daughter loved it, having no trouble playing ball with the puppy - a world apart from struggling to get her little mits around the 12+ buttons and dual sticks of the PS2 controller (to play GTA:SA, natch)

Just not so sure if it's got any real longevity.

Anyway, I'd prefer a cat-based version. Perhaps it could take the game's original moniker, Puppy Times, and rebrand as Kitty Times.

LUPOS 12 Oct 2005 15:54
3/13
i always picked on my GF for beign so interested in it and then i baught it just for the miyamoto signing... and now i play it more than any other DS "thing" i have. i think it is good for compasionate people. game play wise it will run flat eventually but you can spend hours training your dog for the dif challenges and competing with them and then when you peak... you coudl always by another dog... up to three at once and up to 5 more in storage... plus you can buy the dogs from other carts if you do the bark mode with a friend who has a dif game... so one 30$ cart can get you all the different dogs available. the thing that keeps me playing is sadly the guilt i feel if i dont feed the poor thing for a dan... they way the react is so natural it realy makes you feel for it. bastards!

also for those out there who arent into the dog care thing... the new castelvania is fantastik! just thought id throw that out there :)

OptimusP 12 Oct 2005 17:57
4/13
You just described why i'm not going to buy this game, i'm prolly not going to be able to leave it alons for 5 minutes. Not with all those cute puppies that run at you when call their name and tap their little paws on the screen and....aaah the undeniable and irrestible cutyness, leave me be...stop torturiing me...

Personally I pray for NintendSloths :P

It doesn't really look like a game at all. More a tamagotchi deluxe.

im thinking of buying a DS just so i could play it,

I'm pretty sure that's the idea. In fact, it would seem, if the 400/700% sales increase is true (and it smells like statistics to me) that you're not the only one with that idea.

would be good if Nintendo released a cat version, then again nintencats doesn't sound as good.

I like the Nintencats name. Nintenkittens is even better. But as Tyrion pointed out to me, Cats aren't as interactive as Dogs. They'd creep onto the screen twice a day, eats some fodo then creep off to sleep, or torture rodents.

Joji 14 Oct 2005 10:45
7/13
Good news that Nintendo have shifted so many copies so early and it bodes well for the run up to christmas with a Ł99 DS + Nintendogs pack now available too.

Hey, perhaps they should give away a free poop scoop in order to get people to really clean up after their dogs, we all hate stepping in dog toffee. Lol.

Don't be surprise if the sequel to Nintendogs is already under way at NOJ. Another killer hit to addict nations of gamers along with Advance Wars etc.

I wouldn't worry about Advance Wars sales because if Nintendogs gets people buying DS's then other games will follow once Nintendogs has been completed. The choice is growing nicely.

Oh by the way, did anyone catch the penny arcade strip on nintendogs?

i dont think there is a penny arcade strip i have ever missed... funny though my girl friend had this same problem when she first got it... i guess the name she chose was to hard to say eaxactly the same each time (she-ra, yes the princess of power) so she eventually settled on zelda which worked better... i on the other hand manage to get all the way through the intial namign and traing while at the ninty store with a herd of nerds clamoring to get near miyamoto san... but i guess killer was just an easy name for a chiuahah.
________________