UK Developer gets snapped up by Midway. 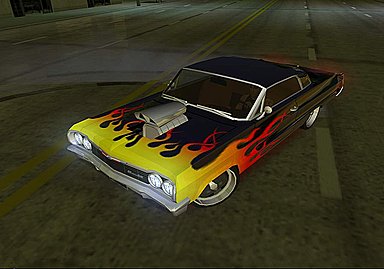 All Images (4) »
It?s been announced today that US publishers Midway have acquired Newcastle, UK developer Pitbull Syndicate. Pitbull has in the past been the developer behind Atari?s Test Drive series and Demolition Racer, which was quite fun. The buy-up is primarily a stock transaction with Pitbull receiving 199,385 Midway shares, as well as long-serving Pitbull employees getting a chunk of Midway shares as incentive to stay on.

The acquisition is the culmination of the time Pitbull have spent developing the latest game in Midway?s Rush franchise, L.A. Rush. It seems that Midway are very much looking at this as a foothold in the traditionally developer-rich UK, with the senior VP of their worldwide studios, Matt Booty, saying "Pitbull has mastered the art and science of arcade-style racers, with sophisticated technology that allows huge free-roaming environments, hundreds of destructible objects, and an advanced artificial intelligence system capable of handling more than 100 vehicles at once. Pitbull will form the foundation of Midway's future racing games, and we are excited to expand our international presence in one of the strongest regions for game development talent in the UK."