Capcom and Konami looking to combine? 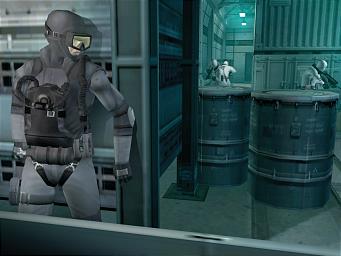 According to post-Tokyo Game Show speculation, Konami and Capcom are looking to merge, seeing the emergence of a new gaming superpower if true.

The news, originating with the respected Bloomberg information service, follows comments from various company representatives, not least those of Konami Officer in Charge of Software Business, Michihiro Ishizuka who said, ?Rising costs and falling profit margins will speed up consolidation in the industry. Buying companies with know-how and infrastructure for online businesses would make a lot of sense for us.? It is believed that Capcom was mentioned off the record following this comment.

?Capcom is probably the most likely candidate for acquisition or merger out of the remaining large companies. The company is in a difficult situation financially," a Cosmo Securities analysts told Bloomberg. "The most effective of possible combinations for Capcom would be if Sega Sammy bought the company,? throwing yet another possibility into play.

Tokyo Game Show this year is believed to have hosted what was described to SPOnG as ?an unusual amount of high-level talks?, many of which concentrated on the possibility of enhanced business results through consolidation.

Something, and we don?t know what, is likely to be announced in the coming month or so. Keep an eye out for developments and, of course, let us know what you think might happen, should happen and definitely shouldn?t happen in the forum below.
Companies: Capcom Konami

LordVader717 20 Sep 2005 19:05
2/6
Why does everyone recently seem to think that mergers are so good?
more comments below our sponsor's message

I think a merger of these two genius developers would be a great thing for us gamers in a more competitive industry. These two make a lot of my favourite games to so better for me too.

I can already see the workings of a fat Konami vs Capcom type 2D beat em up in my mind featuring Leon, Dante, Solid Snake vs Ada Wong, Meryl and Megaman Zero.

I'd prefer Sammy don't get there hands in the pie because I feel they have kind of spoiled what Sega are about and perhaps giving them less freedom to reate the great games they used to, they could prove me wrong though. Both Capcom and Konami understand and appreciate the need for 2D and 3D games and make enough of each and long may they continue if this merger goes through.

Just what would they call themselves though? Suggestions, people.

Either way, I'm sure it'd work out.
Hmm... maybe Kapcomi.

Ok, I?m an old-school gamer that has rolled with the ever-changing industry. Like many others, I have witnessed numerous changes, both good and bad over the years. Merging really is the newest fad in the industry, and I?m afraid that soon we will see NO great original companies left. The game industry has changed drastically over the past fifteen years? from niche entertainment to mainstream. With this change we have seen the unfortunate demise or distortion of most of the original companies and brand names many of us grew up with.

Now there are others of course, but the aforementioned just outline the big players. It looks as if now we have the possibility of Capcom and Konami merging?Whoopee, now we can look forward to Simon Belmont taking the lead role in Resident Evil 6 (Wait a minute? that might actually be cool? ahhh? back on subject!). I?m afraid that instead of using such a merger to do something new, and create new IP?s under the new if-there-is-one roof, the companies will just rape old IP?s in a way they couldn?t before.

What people don?t realize is that none of these brand names mean anything once they are purchased and re-used? or once they are merged with another company. The culture that each particular company invested itself in creating? disappears.

I think it is rather sad actually. Now I am not saying that better companies cannot come out of these mergers, but my simple point is that it just isn?t the same thing. The brand names will now just be re-used because they are already established (most of these companies are already guilty of milking their franchises as it is)? BUT, the fact is for example, it will not be Capcom or Konami anymore. It is an entirely new company that will have a hard time creating a NEW culture. This goes for all the companies that have merged or that are planning to merge. That?s the bottom line. These merged companies all seem lost and unsure on how to begin a new culture for it?s consumers to attach to.

The videogame industry especially in Japan is growing ever more fearful, and it seems that almost every company under the sun is running to its nearest neighbor for fear of going under or being acquired. So instead many of these companies feel that merging with another ?like? company is now the thing to do to form a new ?super? company. What they don?t realize is that they are compromising their once cherished company image. This is an issue that no one in particular seems to be addressing.

Or perhaps it?s cool? You decide.

soanso 25 Sep 2005 06:00
6/6
I don't think this would be a good thing.
Capcom have pretty much been my fave games company since the days of the snes. I bought a snes to play their games. I missed out on owning their games on the next consoles but I still got to play some and it was to play thier games that I bought a gamecube, rather than to play nintendo's.

I know that these days it's numbers that matter. Numbers more than anything else. How many units sold, how much profit, and ok business is business.
But if you look at Capcom in this generation, they have been about the most risk taking games company out of them all. The choices they made were on paper utterly mad and probably stupid. To take your most popular series and take it from being on Playstation where it was famous and move it to Gamecube where it had no history really was on paper, a bit mental. But the games they made were excellent and then the risky games that followed were equally as good.
Even their early support for Xbox was surprising at a time when the Japanese developers were a bit cool on that format.