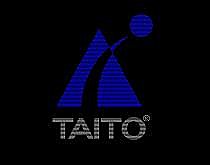 It looks as though the mighty Square-Enix is set to buy the majority of old-school favourite Taito, with news breaking from Japan this morning highlighting the lust for consolidation in the modern games market.

In this press release SE states its intention to buy a controlling stake in Taito, in a deal that should see around 67% of the Bubble Bobble and Double Dragon firm assimilated by the RPG giant.

The only stumbling block in the deal progressing right now is the stake in Taito owned by Kyocera Wireless, some 36%, though with Squeenix offering a 20% premium on acquired stock, this is likely to be ironed out by close in Japan tomorrow.

It is thought that Taito?s strong amusement division was the main target for Square-Enix, a sector the firm has scarcely touched. The acclaimed Lufia is thought to be atop of the IP tree, with Taito going on record to say the franchise will be expanded as soon as it has the investment to do so. It would appear that time is now.

Expect further updates if anything breaks in the coming days.

Joji 22 Aug 2005 12:42
2/8
All I can say is that this would be a good move for Taito who's name was once high up there for arcade games and such. You hear little of them these days unless it Bubble Bobble related. I know Atlus released a Double Dragon game on GBA recently but that's the last of their games I've been tempted by.

If SE can breathe life back into Double Dragon, Lufia etc that's a good thing for Taito and us gamers. Personally perhaps now Rage of the Dragons might actually get onto home consoles since it top class game.

With the arcade industry in trouble everywhere it's nice to see SE taking advantage and saving Taito from the gaming glue factory.

If anyone at SE is reading heres my order. A Qix and Lufia updates for the DS, Chase HQ, Double Dragon and Ray Force updates for the home consoles too. Don't forget Rage of the Dragons too. Lovely.

Nice aquisition, but what will ou now ename SE, my vote is with Square PoTaito....lol. Other than that I'm not sure. Suggestions people out there?

yippyj 22 Aug 2005 14:45
4/8
Err Did you bother to read my post, Double Dragon is not a a Taito IP they made a game in the 80's called Dragon Ninja (Bad Dudes Vs Dragon Ninja) which I believe the person writing the article is referring to.

Also Rage of the Dragons is a SNK game not Taito.

Please read my post properly before replying, Gaming forums can do without poeple not doing their Toho from their Taito.

I read yours thouroughly before noticing your errors.

Be positive mind, for SE do have other cool stuff like Chase HQ and Lufia to play with and offer us once again through acquiring Taito. I'd rather see new life breathed into these so we can enjoy them than see them gather dust, dont you agree?

And if so what would you like to see updated?

TigerUppercut 22 Aug 2005 15:15
6/8
yippyj wrote:
Err Did you bother to read my post, Double Dragon is not a a Taito IP they made a game in the 80's called Dragon Ninja (Bad Dudes Vs Dragon Ninja) which I believe the person writing the article is referring to.

Also Rage of the Dragons is a SNK game not Taito.

Please read my post properly before replying, Gaming forums can do without poeple not doing their Toho from their Taito.

I read yours thouroughly before noticing your errors.

Double Dragon was coded and published Taito worldwide, licensed from Technos in 1986 I think. The IP is/was shared, though to what extent I cannot tell you off the top of my head.

Double Dragon on the Neo Geo AES/MVS systems were Technos releases, though of course published by SNK. SNK did co-develop it but had no more right to IP than Sony would have to FIFA 2006 on PlayStation 2.

As for Dragon Ninja, that's a Data East game.

Edit: And you might have Evil Ryu as your avatar but I'll whip you in any incarnation of SF any day. So there! x

Some good games Taito have to exploit, let's hope SE or whatever they plan to be called next, do so well.

Philip Wesley 22 Aug 2005 21:38
8/8
Hmm.... thing I'm worried about.. mainly.. is if the eventual buyout will reform the Taito branch in the USA.*sifts through business card spinner on his office desk* That would suck if some of these people lost their jobs because SE moved the Taito offices from CA to HI.

That said, Space Invaders RPG, please? hahahahaha! That would be.. interesting.
Posting of new comments is now locked for this page.