The Sims 2 is ?Paedophile trainer? 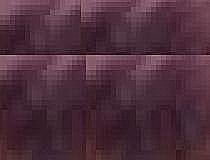 Our lead image. Can you tell what it is yet?
All Images (3) »
Guess what? The Sims 2 is going to be used by paedophiles around the globe to rehearse abusing children. This is according to increasingly boring and self-serving Miami attorney Jack Thompson.

He has come to this conclusion because there?s a hack available for The Sims 2 that enables users to remove the clothes of characters. And of course, there are children featured in The Sims. So it stands to reason. In fact, who could argue with this brilliant logic?

?The nudity placed there by the publisher/maker, Electronic Arts, is accessed by the use of a simple code that removes what is called 'the blur' which obscures the genital areas. In other words, the game was released to the public by the manufacturer knowing that the full frontal nudity was resident on the game and would be accessed by use of a simple code widely provided on the Internet. Much to the delight, one can be sure, of paedophiles around the globe who can rehearse, in virtual reality, for their abuse."

Mr Thompson actually went on record as saying this. And he means it too.

As for the reason why, we must look at what Thompson does for a living. Essentially, he prosecutes videogame companies. You know when disaffected children go bananas and shoot a lot of people? It?s Jack who asserts that the blame for these events lies squarely at the feet of games publishers. You know, when alienated teenagers living in a culture in which their isolation is widely mocked and celebrated in equal measure, a culture where anyone can get hold of a small arsenal of weaponry in half an hour or so, when they flip out because they played too much Space Invaders. Or Doom. Or Duke Nukem. Or Manhunt. Or Grand Theft Auto.

But it?s not just the immediate impact of videogaming as a distorter of minds that now concerns Thompson. It?s sex too. Sex...can you imagine? Nudity, genitalia? These words get Jack frothing with rage. The fact that in some games the actual things these words relate to can be prised out of the game code is, according to Jack, an outrage.

A quick Google on Mr Thompson pulls up all sorts of great stuff. For instance, he is quoted as saying, ?I'm the only attorney of the Florida Bar who's a Born Again Christian, that means I'm the only sane attorney in the state!? during a campaign to have rap buffoons 2 Live Crew banned. We have a Christian on SPOnG?s staff roster, and he?s possibly the least sane of all of us. Though only in the best possible way, you understand?

Jack also has a website - StopKill.com which explains that ?Jack Thompson has appeared recently on a number of national television program (sic) with victims of two teenage Tennessee snipers whom police concluded trained obsessively on Grand Theft Auto to prepare for their sniping spree. Numerous others have been murdered by teens trained on this one game.?

We didn?t bother contacting EA for a comment, though we would be interested in finding out what you think in the forum below. Unless of course, you?re too busy practicing kiddie-fiddling or polishing your Uzis.
Games: The Sims 2

Shakespeare said TONS of cool s**t. But none cooler than this, from Henry VI.

"The first thing we do, let's kill all the lawyers"

Ditto 25 Jul 2005 11:30
3/16
SPOnG wrote:
It?s sex too. Sex...can you imagine? Nudity, genitalia? These words get Jack frothing with rage. The fact that in some games the actual things these words relate to can be prised out of the game code is, according to Jack, an outrage.

In fact, Jack hates Rockstar so much he even provides a link to them on his website.

Innocent kiddies could surf to his site, click through the link to Rockstar and view content that could cause them to kill people.

So much for morals.

Using this sick perverted technology, and an as yet unreleased hack for Microsoft Fight Stimulator 2005 it is almost inevitable that we are creating a training tool for perverted terrorists who wish to fly a plane into the Whitehouse while naked and sticking their joysticks up minors' fundaments.

This madness must be stopped!

There's Dungeons and Dragons for example - it makes you turn evil and kill your friends and has been doing so for a good couple of years before computer games started making people want to take drugs and murder their parents.

BUT! The real culprit in all of this has to be Pokemon - as every god fearing luddite knows, Pokemon is the gateway to a world of evil.

GTA:SA and The Sims are but minor shadows of the evil that lurks within Picachu.

joking aside, this is all part of the same tired cycle that right wing religeuos fanatics trundle out with every few years - D&D, Black Sabbath, Movies and now computer games blah blah blah blah.

THROW THEM TO THE CHRISTIANS! (and let a Norse god sort them out)

Scenario 2: Captain of the rugby team tries to grope your girl

Scenario 3: Chav t**t pushes you whilst playing pool at your local

Scenario 4: Pot dealer takes the piss by blatantly under-cutting you

Scenario 5: Fend off "Bubba" in the prison showers.

Joji 25 Jul 2005 16:00
7/16
This Thompson dude sounds like a total w****r. I do find it interesting that such a self righteous lawyer isn't busy chasing the kiddy fidling bastards that parade as [priests under the very cross he has around his neck. Don't you think you'd be better off chasing the real pedos of the christian world, be the catholic, protestant or whatever, Mr Thompson?

It's a fact that yanks fear a lot in life and a little nudity is on of those things they just can't handle, the Janet Jackson Super Bowl incident proves this. So strange that so many yanks also like Sex in the City.

Nude patches are nothing new and I still find it interesting how warped religious minds still find the beauty of the human body so repulsive when it brings them into this world. Be it a piece 16th century art featuring nudes or a modern game or film there always someone like him who cries foul. Putting that idea into heads is what you are doing, Mr Thompson. That won't help anyone. One top of that he's obviously trying to build a fire on the embers of the GTA Hot Coffee stuff. This though one just sounds stupid.

Instead of getting a hard on attacking games go and do something with useful with that law degree, find the REAL pedos and put them in a REAL jail. Making such allegatins gaianst a game you've probably never played enough yourself to judge is beyond contempt and stupidity.

Shakespeare said TONS of cool s**t. But none cooler than this, from Henry VI.

"The first thing we do, let's kill all the lawyers"

Bill Shakespeare said that eh? I didn't realize you could up-level your culture rating AND have fun at the same time; all by killing a lawyer!

LUPOS 25 Jul 2005 22:22
9/16
Joji wrote:
It's a fact that yanks fear a lot in life and a little nudity is on of those things they just can't handle, the Janet Jackson Super Bowl incident proves this. So strange that so many yanks also like Sex in the City.

the great iront in that is that the FCC claimed to have recieved somewhere in the neigborhood of 150,000 complaints about said "wardrobe malfunction" but the truth is that a small right wing nut job religious group banned together and mailed in tons and tons of repreat complaints. Once it was all sorted through it turns out (dont remeber thing exact number) that something liek less than 1,000 individuals actually wrote or called in to complain. America isnt that scared of things, inspite of having fear showved down our through. The sad truth ios that we are a terminally lazy people, that are easily walked on by those with the fortitued to try... as long as they dont do it with guns, then we get mad, but if al your doing is trampling our civil liberties and lieing to us we dont usually mind.

crizpaket 7 May 2007 19:36
10/16
so,jack the armour plated right- wing dogma mobile rolls on unabated, prattling on about all the ills in the world that video games cause, conviently fogetting the hundreds of thousands of deaths caused every year by your very own cuddly religions. about time this guy and his ilk took a long walk off a short pier.

r.a. 28 Oct 2007 18:53
11/16
ah yes, all this talk takes me back to the days i was playing G.I. Joe (ten years old?), with toy guns and real ammo sounding caps. had i known then that i was training for being a sniper, or mass murderer i might be a better person today. where-o-where was jack then?

random 19 Dec 2007 21:15
12/16
Surely, this does not need a raised rating? If that's what Jack Thompson wants, then he's wrong. Children, can find out the code, but why would they want to? Firstly, It's barbie doll anyway, and secondly, it doesn't add any particular feature to the game, as you still can't see under the covers! He's ridiculous, I used to play GTA, 3 years ago, surely, by Jack's prediction I should be a serial killer by know. No sexual interactions can be had with kids, the furthest it can get is a family member kissing another family member. As an addict of the game, I have to say, his argument is too retarded to have any stand up in court.

Jack Thompson's argument must be for the sake of attention, because it's definitely too frickin' rediculous to be taken seriously.

The Absinthe Review Network 6 Jan 2008 18:34
14/16
Just for the record, Jack is wrong because he's simply a maniac, not because he's a Christian, and quite frankly he's doing religious types no favours (quite the contrary) by acting so fanatical. He is in the VAST minority...

By the way, you want a "Paedophile trainer"? Try the Wii's MySims iteration!;)

Brittany Redding 14 Feb 2008 19:27
15/16
I just want to tell you,JACK IS WRONG,yes you can remove the blur,BUT they look the exact same way as a barbie doll,to have skins the like the ones shown above users of the sims have to make it look like that,the company has no control over their users.

Christina 11 Jul 2008 18:02
16/16
I agree with Brittany, The company has absolutely no control over what the users do with the game.
If people are complaining about the code that gets rid of the blur. why aren't they complaining about little kids playing with Barbie dolls?? The look exactly the same!!
For f**ks sake!! the guys don't even have genitals!! and who cares if pedophiles play the game to fulfill their desires? Its better then them doing it to a real child!! Did Jack ever think of that?? No. I bet he didn't.
And oh wow!! You can take their clothes off!! who gives a damn? Its not like they can do anything past that. sheesh, get a life. seriously Jack, your wasting your time.
Posting of new comments is now locked for this page.