ATi: ?Xbox 360 Technically Superior to Any Other Console Planned for the Next Five Years?

The boldest claims from any quarter surface ? Revolution downplayed. 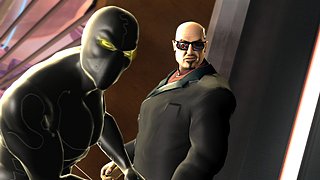 In a recent interview with German magazine Gamestar, ATi has made some of the boldest claims to date regarding the base-level power of the Xbox 360 console, for which ATi is the GPU supplier.

Perhaps offering the most in-depth look at how the 360 chip operates, ATi head of developer relations Richard Huddy said, ?First and foremost we have a 'unified shader architecture'. No other console or PC chip can boast this. And what, in short, it means is that the hardware is always able to run at 100% efficiency. All previous hardware has separate vertex and pixel shaders. That means that that previous hardware just had to hope that the vertices and pixels came in just about the right ratios. If you got too many pixels then the vertex engines would be idle, and if you got too many vertices then the pixel engines would starve instead. It?s not uncommon for one part of the chip to be starved of work for a large majority of the time ? and that?s obviously inefficient. With a unified architecture we have hardware that automatically moulds its-self to the task required and simply does whatever needs to be done. That all means that the Xbox 360 runs at 100% efficiency all the time, whereas previous hardware usually runs at somewhere between 50% and 70% efficiency. And that should means that clock for clock, the Xbox graphics chip is close to twice as efficient as previous graphics hardware.?

Huddy went on to explain how memory can be accessed from these shaders: ?Next on my list is the hardware support for directly accessing memory from within the shader units. This makes the Xbox graphics chip work in a much more flexible way than has ever been possible before. Now it?s relatively simple for a games developer to write code to do anything inside the graphics chip that they could do elsewhere. Accessing memory in arbitrary ways sounds like a very esoteric thing to do within a graphics chip, but actually it allows you to do some amazing things which mean that Xbox 360 games will be more like movies than you ever imagined. It?s so powerful that I?d say that this feature alone makes the Xbox 360 technically superior to any other console planned for the next five years.? Not a comment to please Nintendo, to whom ATi is the GPU supplier for the upcoming Revolution console, hands-on impressions of which you can read here.

And moving on to the question of the Revolution, it appears from the interview that ATi sees it?s long-term (two generations at least) console partner as something of a poor relation, hinting that it will not see a chip delivered with the same level of internal expectation. ?It would be very handy for ATI to share [Xbox 360 GPU] information around between its various groups ? but doing so would undermine the relationships that we have with the individual console companies. It?s important to Microsoft that it they suggest or request a feature in their graphics chips for their console that this doesn?t automatically mean that Nintendo get that for free too. And of course, it applies the other way round too, Nintendo need to be able to make their hardware design without fear that it could simply be copied by Microsoft. No console company would work with us without these rules.?

We?ll bring you updates on all things next-gen, here on SPOnG, every day, as they break.
Companies: ATi Microsoft Game Studios Nintendo

ATi will provide GPUs for Xbox 360 and Revolution.

Nintendo has already stated that its not playing the graphical willy-waving game that Sony and Microsoft are obsessed with.

Nobody other than Nintendo, Microsoft and Sony has announced a "next-gen" console, and I doubt any corporation has both the desire and financial clout to compete.

Unified Shader Architecture? Yah, heard all that before. I believe the jury is still out on whether there's a performance hit on going unified. Shader memory access - is't the PS3 GPU going to be "dipping in" to main memory?

Notice no mention of PC cards? That's prolly because ATi has a card that outstrips the 360's GPU lined up for sale just before Christmas '05.

ATI today said "My dad can kick NVIDIA's dad's arse." "No he can't, " countered NVIDIA, standing behind his big brother. "Your dad smells of wee," he added.

Seriously folks, we won't know how good any next-gen platform is until we see the games. We still won't know for sure then because the only games that will be comparable will be multi-platform releases with the same middleware underpinning them (e.g. everything from EA now they own RenderWare) and then the middleware will dictate the quality of the graphics.

We'll have to wait for similar enough, first party games to come out on each console, then compare the graphics. This will prove who can get the prettiest graphics onto their box, nothing else. Personally I'll probably wait until I can see/play games and make a comparison.

None of this posturing by Sony, Microsoft, Nintendo, ATI or NVIDIA will make any difference what so ever. Those of us who know the difference between gigaflops, GPUs, shaders, DirectX, OpenGL, PowerPC, Cell and memory bandwidth are the ones who won't be convinced by numbers anyway.

Wait until you get a hands-on with the consoles. Nothing else matters. Nothing.
more comments below our sponsor's message

What I do find interesting is why MS switch from their previous Xbox chip maker to ATI, who worked with Nintendo on GC? Did MS think the GC graphics were better Xbox as a result? Obviously they'd never tell us that but hey might whisper to ATI.

If it leads to better games then great but it's more imgination than graphics that make a game now graphics are reach their new peak. Truth be told the current consles are still surprising us, you only have to look as far as RE4, Zelda, Shadow of the Colossus, to see what I mean, but will the punter be able to tell the difference in improvements to justify their next puchase of a home console?

I'm loving the look of Capcom's Dead Rising so that alone may have me investing in a 360 for the first time.

I have a sneaking suspicion it's something to do with nVidia get a raw deal with the Xbox GPU.

TwoADay 20 Jun 2005 14:29
5/11
I seem to recall Nvidia though they got a raw deal, and MS wasn't too happy with either the speed of production for the cards, or the features of the card itself.

Basically, they didn't get along, so I don't think it was a "hey, nintendo has a ATI card. let's go that way too" issue.

On to the card itself -- If it ends up working they way they say, that's cool. But the issue will be how many developers will take advantage of the feature, or if they do things the same old way. I would expect that behemoths such as EA won't take advantage -- they just want simultaneous releases for all the consoles, and don't care too much about giving one console better graphics than another. Write a generic code, then make the necessary tweaks for each console.

Joji 20 Jun 2005 15:34
6/11
What I do love at the moment is how lot of developers are being shown up as uncreative charlatans just out to make a quick buck. (Kind of like the DS is doing at the moment)

Eidos are a good example (yes I know they are publishers). First they treated Tomb Raider with respect and then later pushed things too far and fast in the quest for more money from sales. And look what happened in the end, they almost went down the tubes because of such poor game creation and resulting financial trouble.

Tech wise it's good when 3rd party developers do the job for you (like Capcom and Dead Rising that I mentioned before, I could easily be wrong mind but I like what I see), but it's so much sweeter when an inhouse game is created because they know the console best.

Quit the schoolyard bragging Sony and MS, you should know better.

Ditto 20 Jun 2005 15:57
7/11
tyrion wrote:
None of this posturing by Sony, Microsoft, Nintendo, ATI or NVIDIA will make any difference what so ever. Those of us who know the difference between gigaflops, GPUs, shaders, DirectX, OpenGL, PowerPC, Cell and memory bandwidth are the ones who won't be convinced by numbers anyway.

Wait until you get a hands-on with the consoles. Nothing else matters. Nothing.

I have to say that I always buy ATi over nVidia though. Radeon wins.

spoolinsr20 21 Jun 2005 04:36
8/11
It's all about the games any way...I mean...I KNOW I'll prob. buy 360 just because of Halo3 just because Bungie makes great games...but i mean i would just buy the console that suites u best in games...But most of that is changing because Square used to only make games for Sony now they're making them for MS too...To be honest i think this time around XBox will have a lot more 3rd party support because it's been around longer and they know that people will actually buy their games on XBox

Thief 21 Jun 2005 05:11
9/11
I'm pretty sure that MS moved from Nvidia to ATI because with the Xbox MS wanted to drop the price earlier, but Nvidia wouldn't sell them the components needed for cheaper, so the Xbox stayed at a higher price longer(In fact, I heard they eventually just dropped it anyway, taking a harder loss on each console until Nvidia dropped it's price.) Where as ATI dropped earlier for Nintendo, so maybe MS is thinking they can cut price with their GPU maker closer to when they want to.

There's a very good chance that the higher ups of Ati actually don't know what extra features Nintendo and that former (bought up by Ati) ArtX team are using for the Rev's GPU. Reasons being that Nintendo works extremely close with the teams of its hardware partners that the hardware partner doesn't know what they were cooking up half a year later (minimum) and offcourse Nintendo's incredible (ninja-guarded) hush-hush policy.