Sonic the Hedgehog Online RPG to be Announced?

Speculation and cryptic hints ? hooray for the Internet! 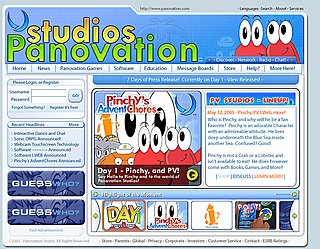 It looks as though there may well be a Sonic the Hedgehog online role playing game in the works. Either that or there?s a lot of very bored people out there, resulting in a lot of disappointed Sonic fans. Here?s the story to date.

Rumour of an online RPG set in the world of Sonic the Hedgehog has been doing the rounds now for some time - since the days of the Dreamcast in fact - though to date, nothing has been mentioned by Sega.

Upon further investigation, a test page can be found, with the image included with this news story. As well as having a 'Guess Who?' button clearly showing the face of Dr Eggman, the news section reads ?Sonic ORPG Announced!?

When contacted this morning, Sega had no comment on the situation at all. As soon as this mystery unravels, we?ll be the first to let you know. Keep it locked and remember, let us know your thoughts in the forum below.
Companies: SEGA

Ditto 6 Jun 2005 16:27
2/7
With the greatest respect, the first thing I did was to click View-->Source without even looking for any kind of hint in the rendered HTML.

LOL, incidently, there's a forbidden directory on the server at www.panovation.com/xbox . I just happened to be trying for directories.

HEY! SPoNG here's an exclusive: their new website design found by none other than Adam M:
http://www.panovation.com/_home.php

Joji 6 Jun 2005 20:26
3/7
I like the idea of it but would it be focusing on speed of platforming or whatever? I'll leave my mind open and see if this goes anywhere.

I'd trust Sega to pull it off as they managed a real feat with PSO, especially with the language problem.

Well, why on earth not? We've already had Super Mario RPG (and will have it again most likely with the Rev). Sega have plenty of rpg experience too.

Sonicdragon The Gothic 13 Jun 2007 15:11
4/7
He maby its ganna be treu but i was foccosing on and sonic game with ultimate game experience very speedy better then Sonic The Hedgehog (2006).

maby there should be not ORPG but a MMORPG

izzy-the-hedgehog 21 Feb 2009 02:09
7/7
well now it's 2009 and there still i'snt a sonic mmorpg (what dose that stand for)
but there is a free game makeing program namede blender if i can't make the a good sonic game then try it your self...
Posting of new comments is now locked for this page.