Funny, no. Interesting, a bit. 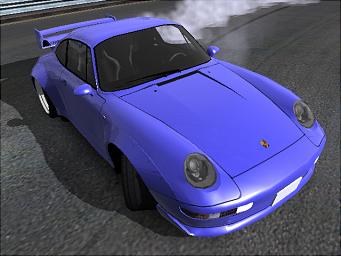 It would appear that Microsoft is patenting the kudos scoring function from Bizarre Creations? Gotham series, with our friends at UK Resistance pointing out the application to us this morning.

According to the abstract, Microsoft is patenting, ?A scoring method and system for determining points in a game. Goal-based points are determined as a function of a player achieving a goal set by the player that is not predefined by the game and are used to determine the player's status in the game, such as whether the player advances to a next level. Subjective style points are awarded if the player performs feats of style that are not necessary tasks of the game, depend upon the type of game, and may include sliding, spinning, jumping, blocking an opponent, passing an opponent, and avoiding obstacles. Objective skill points may be combined with subjective style points and goal-based points. Alternatively, one of these three types of points may be modified as a function of one or both of the other two types of points.?

Understand? There?s more. Lots more. But most of it is gibberish we don?t understand. Some of it is interesting however, and talks about the importance of stylish powerslides, something SPOnG certainly won?t be arguing with this side of a really bad motor smash. Those of you intrigued enough can take a further nosey here.

Joji 3 Jun 2005 13:23
1/6
Ermm...what for exactly? Doh! MS are being silly. They should thank themselves Sega aren't sueing their arses off because of the Xbox joypad which is heavily DC influenced.

Or for the Xbox360 dual standing design option too, which is very Sony.

Patmos 3 Jun 2005 18:39
2/6
I doubt Sony could patent "it stands on it side too" as an exclusive brand element. Although if they try i encourage Atari to seek back reparations from all sides for ripping off their inovative console control ideas of "sticks" and "butttons".
more comments below our sponsor's message

PEN15 3 Jun 2005 18:52
3/6
Joji wrote:
Ermm...what for exactly? Doh! MS are being silly. They should thank themselves Sega aren't sueing their arses off because of the Xbox joypad which is heavily DC influenced.

Or for the Xbox360 dual standing design option too, which is very Sony.

I was reading on www.gamasutra.com about an article talking about the importance of having patents for videogames. While it may seem minor owning specific gameplay elements will allow you to keep a unique aspect of your game all to yourself. This is smart business and while some may see this trend is the fall of creativity in gaming I see it as less copy cat games releasing every other year.

Also I liked the fact that Spong singled out Microsoft when KOEI (dynasty warriors), Konami (DDR), and many others have done the exact same thing.

Side Note: If you go to gamasutra's website you have to be a member to be able to view the article.

OptimusP 4 Jun 2005 14:34
4/6
Well, if you follow that kind of thinking, the big N could sue everyone in the goddamn bussiness that ever used side-scrolling 2D.

Patenting these kind of things is bad. Gaming progresses because developers can build further on someone else his idea (and improve on it). What's next? Blizzard patenting the RTS-mechanic?

PreciousRoi 7 Jun 2005 10:08
5/6
First off, I think Kudos suck. Huge turn off.
That said, MS is simply following suit in the latest trend of "concept patents". The most egregious example of this was when Wizards of the Coast (makers of the Magic:the Gathering card game) tried (successfully?) to patent to act of turning a card 90 degrees (in Magic parlance, "tapping"). It ain't pretty, but its a sound buisness move.

That said, people...VIDEO GAMES ARE MORE THAN CONSOLES...I honestly think some of you are in serious denial over this, at least some people acknowledge that there was video games before the NES...

As to the Xbox controller being heavily infuenced by the DC...aside from the triggers theres nothing on the DC that MS couldn't have stolen somewhere else. People also always forget that MS had been making game controllers for years prior to the Xbox, albeit "influenced" by the Sega Genesis controller. Now Sony on the other hand...the original PS controller was a SNES with two extra shoulder buttons, it wasn't influenced so much as straight copied...

Also, this may shock some Ninty fanboys but...NINTENDO DID NOT ORIGINATE THE 2D SIDESCROLLER.

PreciousRoi 7 Jun 2005 10:21
6/6
you can't patent something someone else has already done before you, I believe the term is called "prior art". So Blizzard and Nintendo have absolutely no case since they weren't the first people to have an RTS or 2D SS game respectively...

Nintendo might have a case for patenting killing enemies by smashing your head into the floor beneath them then kicking then to thier doom. Blizzard on the other hand should keep thier heads down and mouths shut, since they stole ALL of their core IP from Games Workshop.
Posting of new comments is now locked for this page.