Gears of War for PC. Perhaps Before Xbox 360? 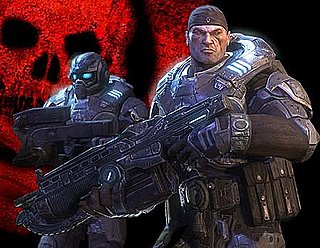 Interesting news emerging from the ashes of E3 this week sees Gears of War - arguably the killer app right now for Xbox 360 - being shifted across to PC in the near future.

The game, showed to SPOnG behind-closed-doors at last week?s show, was one of the more impressive things to grace our bleary eyes during something of an overwhelming three days. One thing we did notice during the demo by two upstanding Epic staffers was the hardware hosting the code. In a sweltering, geek-heated convention centre, even the swankiest of CPUs can go down. This being the case, Epic?s development unit was on show inside an open cupboard with a large floor-standing fan pointing at it.

We asked what the machine was and were informed that it was indeed a custom PC built to Xbox 360 guide specs. We were also informed that a PC version was being built in tandem with the console offering. The existence of a PC version has since been confirmed by several Microsoft executives, though perhaps the most interesting question to present itself is which version will be first to stores.

It would make sense to deliver the PC version first as it would seem to be more advanced, though a tactical decision might see it delayed in favour of making a splash for the new console.

And on Gears of War, SPOnG has to say that the game looked a very tight package indeed. The basic concept aims to deliver a tactical third-person shooter with a destructible battlefield, enabling the player to customise each level time and time again, with new points of cover and advantage emerging with every session. The game, even at this early stage, looks great too, living up to the hype surrounding it since its emergence a few months ago. Although slightly over-textured and with a chugging frame rate (as one would expect with code this early) the base-level quality of Epic?s latest offering was evident from the outset.

Expect a lot more on Gears of War in the coming months, including a hands-on with the latest build on the run up to release. Stay tuned.
Companies: Epic Games Microsoft Game Studios