Pokemon Crystal is born a bit premature in Japan 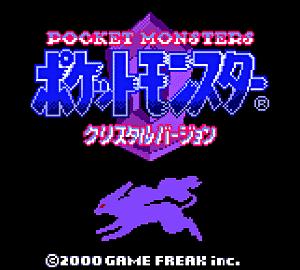 We brought you the story months ago that Nintendo were planning to release an enhanced version of Pokemon Gold and Silver called Pokemon Crystal. Much like Pokemon Yellow was to red and blue, the game will run on pretty much the same lines as its parents with the following differences. There is an all new female trainer and a new nemesis trainer called Minaki. Crystal will also offer different game modes from Gold and Silver with new missions to undertake, new characters to interact with and a new radio news programme called Hello Aoi. There are no new Pokemon added to the Pokedex.

The biggest selling point of the new title was to be its connectivity via Nintendo?s mobile adapter, unit that will allow the GameBoy Color and the GameBoy Advance to hook up to the web and ultimately, to each other.
Unfortunately, Nintendo has given up in house production of the Mobile Adapter and have outsourced the production of the nifty little gadget as we reported last week. This means that Pokemon Crystal will not be the on line flagship on line title Nintendo had hoped it would be, but the game should prove popular none the less.

There is one problem with the game from our perspective. Japanese mobile phone rates are about the same as they are over here but in the States they are much more expensive. Also mobile phones are a lot less common amongst children in America as they are in Japan or Europe. These factors mean that it is unlikely to a release outside that Land of the Rising Sun but official Nintendo sources refused to say that it wouldn?t see the light of day. ?We have had no word from Nintendo of Japan that it is considering releasing Pokemon Crystal anywhere except Japan but it must be considered as a possibility. If the game proves successful we could well see it translated into European languages.