Tomb Raider Chronicles to include a level editor. 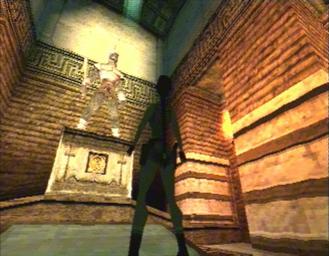 All Images (2) »
Tomb Raider fans are in for a treat with Chronicles, and now a level editor in the pipe-line.

Released to critical acclaim, the Tomb Raider series from Eidos has entered the premier league of gaming with Lara Croft becoming one of the most recognised of all games characters. With Tomb Raider Chronicles already in production, Eidos has been busy working on a level editor, which will come free with Chronicles. This will allow gamers to fully create their own custom levels, though Lara Herself will not be alterable. The vehicles, baddies and weapons featured in Tomb Raider: Last Revelation will be available but not to edit, as they require environment specific coding to work.

You will be able to create your own textures though, which will allow you to place Lara in the environment of your choice.