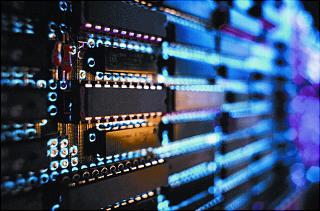 Okay, so here are the facts. Sony Computer Entertainment said at this time last year that the PlayStation 3 will be shown well before the Electronics Entertainment Expo in May. A timeline of console progression was shown by technology and business lead Ken Kutaragi which clearly showed the PlayStation 3 hitting in what looked to be March of this year.

When scouring the world for confirmation of the MistWalker deal last week, two independent sources claimed to SPOnG that Microsoft is also planning to break its E3 embargo, showing the Xbox 2 at some point in March.

And what happens in March? Why, the annual Game Developers Conference of course, in San Francisco between March 7-11 inclusive. Given the above evidence, SPOnG believes it highly likely that both the PlayStation 3 and the next generation Xbox will be on show in some form next week.

It?s worth bearing in mind that both firms have been laying serious groundwork for any such showing, with Sony - in partnership with IBM and Toshiba - recently outlining projected performance of the Cell Processor. Microsoft has shipped several versions of the Xbox 2 development kit and has been pushing the XNA platform with renewed vigour of late. Add this to the fact that the Xbox 2 will launch this year and GDC 2005 may fulfil the bogus promises made by certain elements of the trade press last year.

We?ll be on the ground throughout. Stay tuned.
Companies: Microsoft Game Studios SCEI

alex webb 1 Mar 2005 14:48
1/5
While ive had Xbox for a while and it wont matter for me, I think if Microsoft (or Nintendo for that matter with GBA2) starts rushing new hardware people will be less likely to buy it. Its what happened to Sega in the early 90s. They made all these cd add ons and game gears and nomads and crap when they shouldve been focusing on saturn, which by the way was released under the veil of suprise at e3.

Alan is my first name 1 Mar 2005 22:52
5/5
This really doesn't make any sense. They're going to show their biggest cards at something that isn't the biggest video game stage of the year?

So what happens in May? "Hey...remember these!"