Guesswork or looming genius? Read on... 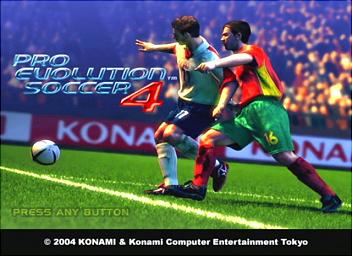 According to various reports surfacing on the Internet over the past few days, recently-compacted Konami is planning to launch an online version of Winning Eleven 8 carrying the title WE8: LiveWare Edition.

Said to be hitting next March and exclusive to Asia, it would appear that the news stems from the Asia Game Show held in Hong Kong last week. Details offered at time of press include eight-player online play, chat functionality, a league system and friends lists.

There's nothing official as yet, and with Konami off on holiday, it looks as though there?ll be something of a wait before this issue is cleared up. As to whether Konami would keep such an upgrade exclusively for eastern territories seems rather doubtful too, though right now, that?s what we hear.

As soon as anything of more substance turns up, we?ll let you know.
Companies: Konami
Games: Pro Evolution Soccer 4