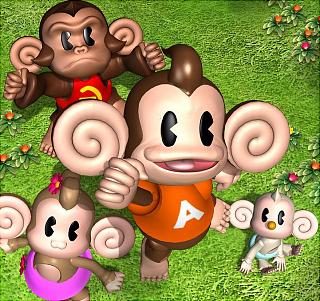 Ai Ai Poo!
And as everyone knows, all doctors, (aside from the ones bumping off old ladies and indulging in bizarre sexual practice) are the most trustworthy folk on the planet. So it?s fair to assume that what they say is on the money.

If you trust them to stick a camera on a stick up your butt, then their opinion of videogames is a given.

And the impression of the medical world (today, but likely to change tomorrow) is that videogames are really rather good. Dr. James Rosser Jr, director of the Advanced Medical Technologies Institute at Beth Israel Medical Center in New York has conducted a study on surgeons who play videogames. His findings are astounding.

?Traditional academic surgeons look at what I do and thumb their noses,? noted Rosser as he landed a triple score 500 points with only 4 MPH wind in Monkey Target.
Games: Super Monkey Ball