Devil May Cry - The Movie: The Game, anyone? 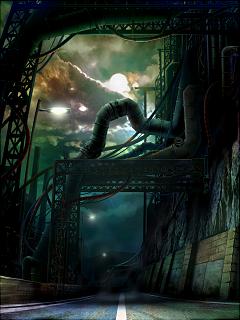 Although the synergy of the games and movie industries is viewed in a cynical light by many, due to the somewhat erratic quality of most movie-game tie-ins, there has been a great deal of murmuring about improving this situation. And with the likes of Nintendo looking towards making movies, and the likes of Warner Bros increasing their roles in game production; Capcom has now announced its intentions to get more involved in the movie industry, as reported in Nikkei Shimbun.

Capcom has arguably experienced the most success in its approach to game spin offs. Resident Evil Apocalypse, whilst not posing a threat to the Academy Award nominees, was fairly successful; and animated TV shows based on Mega Man and Viewtiful Joe can only be seen as a good thing. Now the Japanese industry veteran has declared that the company will produce an increased number of movies based on its existing games. Of the numerous possibilities, Onimusha and now also Devil May Cry have been specifically cited as projects in the works. We?re still keeping our fingers crossed for a feature length Gregory Horror Show, though.

Capcom is also looking towards creating more games based on movies. We assume this alludes to titles like Tim Burton?s The Nightmare Before Christmas, rather than titles based on movies that are based on games. Street Fighter The Movie: The Game made us feel rather queasy.

A good approach would be for Capcom to not get too chummy with hollywood and keep the IP film productions under their own wing, perhaps a new section of Capcom to devote to such efforts. I think Capcom should look at the CG option like Square Enix, because with a lot of japanese games being like manga like, it's very hard to portray this stuff as good as the game in a live action hollywood film. Matrix Trilogy managed it well, but only just. No upstart actors stealing the show, and Capcom can do what they like without hollywood bull restrictions and cheesy peas.

Resident Evil films would have been better had their been more suspense and horror mixed with the action, but I feel because of the hollywood way of doing things the films were spoiled and panned. A CG approach showing that animation can be much more than hollywood pushing CG comedy trash films, would be a better option pulling in the fans and newbies alike. Resident Evil is also a series with a large story more suited to a tv series than film with limited screen time. Kind of surprised even more there's been no RE series yet.

Has anyone every thought that perhaps the reason why PS2 RE: Outbreak didn't sell maybe because of the RE: Apocalypse film, released around the same time? If the chap who directed the japanese Ring films directed RE, the films would have rocked big time.
I'll look forward to DMC and Onimusha films anyway.

Viewtiful Joe, Megaman will also claw them loads of DVD money, but I bet it's only a matter of time before Nintendo start doing the same kind of thing.

Nightmare Before Christmas looks good Capcom, but if you wanna make more games from a films try The Goonies, Lost Boys, Warlock and Critters.