And recalls game ? Full story inside 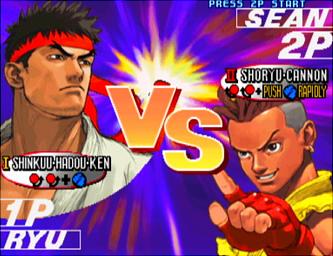 All Images (2) »
Capcom Japan made something of an interesting blunder of late, putting Street Fighter Anniversary Collection to retail without any kind of regional protection.

Plucky importers in the US and Europe, both territories having to wait some time before the game was to be launched, realised that the game would boot on any Xbox hardware... handy that.

However, Capcom?s official line is that it didn?t forget the protection at all. There was bug in the game which disabled it, apparently. As to how this element of the code was overlooked, given that it as standard a QA operation as you can get, remains a mystery; though the game has been pulled across Japan as of this morning. The PAL version, of course, went on sale over here last Friday.