Molyneux on Fable: ?I apologise?

Incredible feature climb-down inside ? Must read 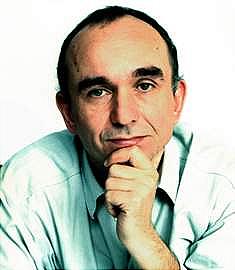 Chinny Reck-On
Peter Molyneux has reacted to criticism that Fable failed to deliver on several of its promises, with an unprecedented statement on Lionhead?s official website in which the famed producer apologises for over-promising on the game.

"There is something I have to say. And I have to say it because I love making games. When a game is in development, myself and the development teams I work with constantly encourage each other to think of the best features and the most ground-breaking design possible.

However, what happens is that we strive to include absolutely everything we've ever dreamt of and, in my enthusiasm, I talk about it to anyone who'll listen, mainly in press interviews. When I tell people about what we're planning, I'm telling the truth, and people, of course, expect to see all the features I've mentioned. And when some of the most ambitious ideas get altered, redesigned or even dropped, people rightly want to know what happened to them.

If I have mentioned any feature in the past which, for whatever reason, didn't make it as I described into Fable, I apologise. Every feature I have ever talked about WAS in development, but not all made it. Often the reason is that the feature did not make sense. For example, three years ago I talked about trees growing as time past. The team did code this but it took so much processor time (15%) that the feature was not worth leaving in. That 15 % was much better spent on effects and combat. So nothing I said was groundless hype, but people expecting specific features which couldn't be included were of course disappointed. If that's you, I apologise. All I can say is that Fable is the best game we could possibly make, and that people really seem to love it.

I have come to realise that I should not talk about features too early so I am considering not talking about games as early as I do. This will mean that the Lionhead games will not be known about as early as they are, but I think this is the more industry standard.

Our job as the Lionhead family of studios is to be as ambitious as we possibly can. But although we jump up and down in glee about the fabulous concepts and features we're working on, I will not mention them to the outside world until we've implemented and tested them, and they are a reality.

Thank you for reading.

Some may argue that in keeping with release timelines, a similar post regarding Black and White should have been published prior to this Fable statement going live. Only kidding Pete, we all love you really!

To enjoy our massive coverage of Fable, including world exclusive interviews in which Molyneux seeks to answer his critics, follow the links on this page.
Companies: Lionhead
People: Peter Molyneux
Games: Fable

Kaxxx 4 Oct 2004 11:15
1/7
At least he comes out and is honest about it. Alot was expected from Fable which it never delivered but at the same time at least they strive for originality and concepts unused at the moment.

I bet the PM types will be pleased with this. Oh, and Microsoft too. Bet evertone there is jumping for joy. As you all know, MS is ALL about honesty...

Brown Force 4 Oct 2004 16:53
3/7
Well thats got to be the first developer to actually apologise about promises not kept. Got to respect him for that.

But saying that I've played Fable and its still one of the best games I've ever played. Don't think he should be apologising really, he's done a good job. Could have been a complete disapointment (ala Driv3r)

Joji 4 Oct 2004 20:11
4/7
Yep, you have to respect him. There's a big difference between Peter apologising for a game that is one of his best yet, than it being crap which it clearly isn't. If this were someone else we might have to pull finger nails for an apology.

You mention Driv3r which was dire, but no sign of the head of that game stepping forward and taking it on the chin for awful product produced. Some have no honour and don't want to do our money justice.

So don't worry, Peter. We love your games and we love Fable. Your apology is accepted, but we understand your love for games and that your cool ideas might not reach the final cut. At least you tried hard and that's all we wanna see in the end product. It's great that you tried to do something different with an rpg outside of japan, and you've shown the likes of Silver, Hideki etc how things should be done.

But considering Nintendo have never apologized for absolutely anything they've done wrong, this is a step-up in the gaming world.

LUPOS 7 Oct 2004 18:51
6/7
I'd just like to point out that he didnt apologize for the game so much as talking about things that didnt end up in the final version. i dont blme him or mind thta he talked about it. i still enjoy the game even if it is a bit of a let down and it does lay the ground work for future great things. remeber wolfenstein may have been first but doom is what reallyl defined that style of game at the time. weather it comes from lion head or someone else some one will invariably make somethign similar to this that will be just complelty amazing. i just hope for PM's sake that its his team since they had so many great ideas, it would be a shame if somone else beet them to the punch. plus i love the style of it all!

as a side not being able to take my pre existing charcter into a new version later on would be awsome, FABLE: Chapter 2 (only problem is im already liek 60 in the game)