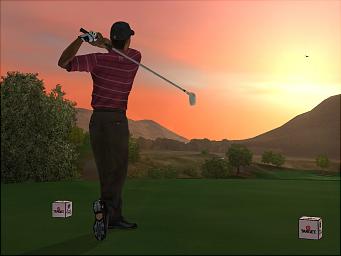 All Images (2) »
Whilst more cynical observers are still deeply concerned about the state of Sony?s initial PSP launch software line-up, publishing giant Electronic Arts has confirmed that it will have two of its major franchises ready for immediate release on Sony?s handheld. This will be reassuring for many, as EA?s big name games do hold great appeal to a significant proportion of the PSP?s target market.

Even better is the fact that EA?s launch titles aren?t just direct ports: which would have been the easiest way to get games ready in time for the release date. That?s not to say these are entirely original titles, as the Need For Speed and Tiger Woods brands are pretty much household names; but they could theoretically be as original as any single release in these series have been in the past.

Need For Speed Underground Rivals and Tiger Woods will do exactly as expected: street racing and golf accordingly, and both will take full advantage of the PSP?s wi-fi capabilities for multiplayer purposes. Assuming all goes to plan, the two titles will draw their first breaths later in the year in Japan, and early next year elsewhere. Expect a full verdict around that time.